EUR/USD Continues to Climb towards 1.1100

As my colleague Fawad wrote last week,  EUR/USD is at a pivotal point.  On a day when the economic calendar is light, the pair remained stuck near 1.1050.  Headlines rule the day, and when news was released that Germany is mulling the creation of a shadow budget to increase public investment beyond restrictions of national debt rules if the outlook warrants, EUR/USD pushed from 1.1030 to 1.1057.  It now looks like there is plenty of room to move up towards 1.1100.

EUR/USD remains in a long-term descending triangle, however on September 3rd, the pair created a hammer at trendline support on a daily timeframe.  Although not textbook, with the bullish candle on the 4th one can argue this is a morning star candlestick formation, which is a powerful 3 candle reversal signal.  Although there is a lot of time left in the day, if the pair closed above 1.1057 a bullish engulfing candle will be formed, which suggests the pair could move up to 1.1100, which is trendline resistance and the 38.2% retracement level from the July 25th high to the Sept 3rd lows.  Above that, there is horizontal resistance and the 50% retracement level from the same time period near 1.1170. Support remain at September 3rd lows, at 1.0925. 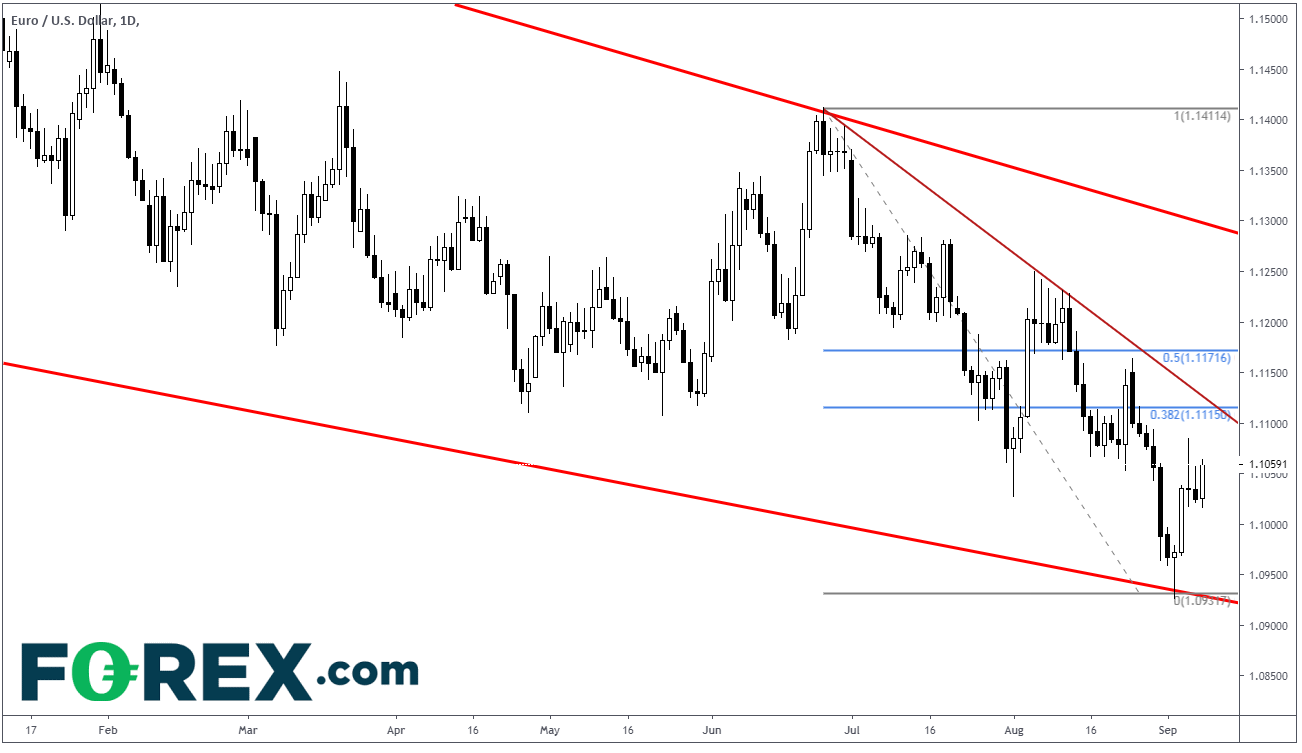