According to a CNN poll, Hillary Clinton won last night's debate with Donald Trump, ensuring a 3-0 aggregate score. Market participants seem to be convinced that Clinton will now become the next US President and as such they are not foreseeing any major economic or political shocks that would discourage the Fed to raise rates in December or threaten its independence. 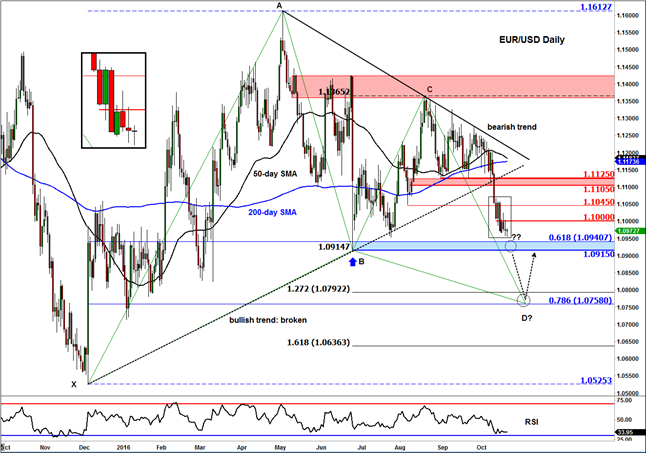