After a five-day losing streak, the EUR/USD has finally – at least for the time being – put an end to its recent downward trend and was climbing back towards the 1.16 handle. 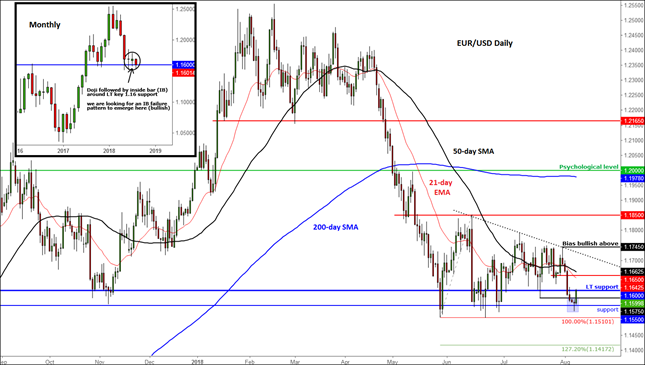