Even without the worse than expected data released today, EUR/USD was already in an up-trending channel

The Philadelphia Fed Manufacturing Index for May continued the string of weaker than expected data from the US.  The headline print was 31.5 vs 48 expected and 50.2 in March.  Recall that the April Non-Farm Payrolls, Retail Sales, and ISM Manufacturing PMI,  housing data (thus far) were all weaker than expected.  And now it continues into May.  However, the bad economic data means risk on for traders, as it pushes back expectations for tapering.  That means higher EUR/USD.

As we discussed in my last webinar, trendlines can be drawn to show support and resistance, trends, and channels. With the risk on move in stocks today, the EUR/USD is trading higher as well.  However, on a 240-minute timeframe,  even without the worse than expected data released today, EUR/USD was already in an up-trending channel from the lows on March 31st near 1.1704. 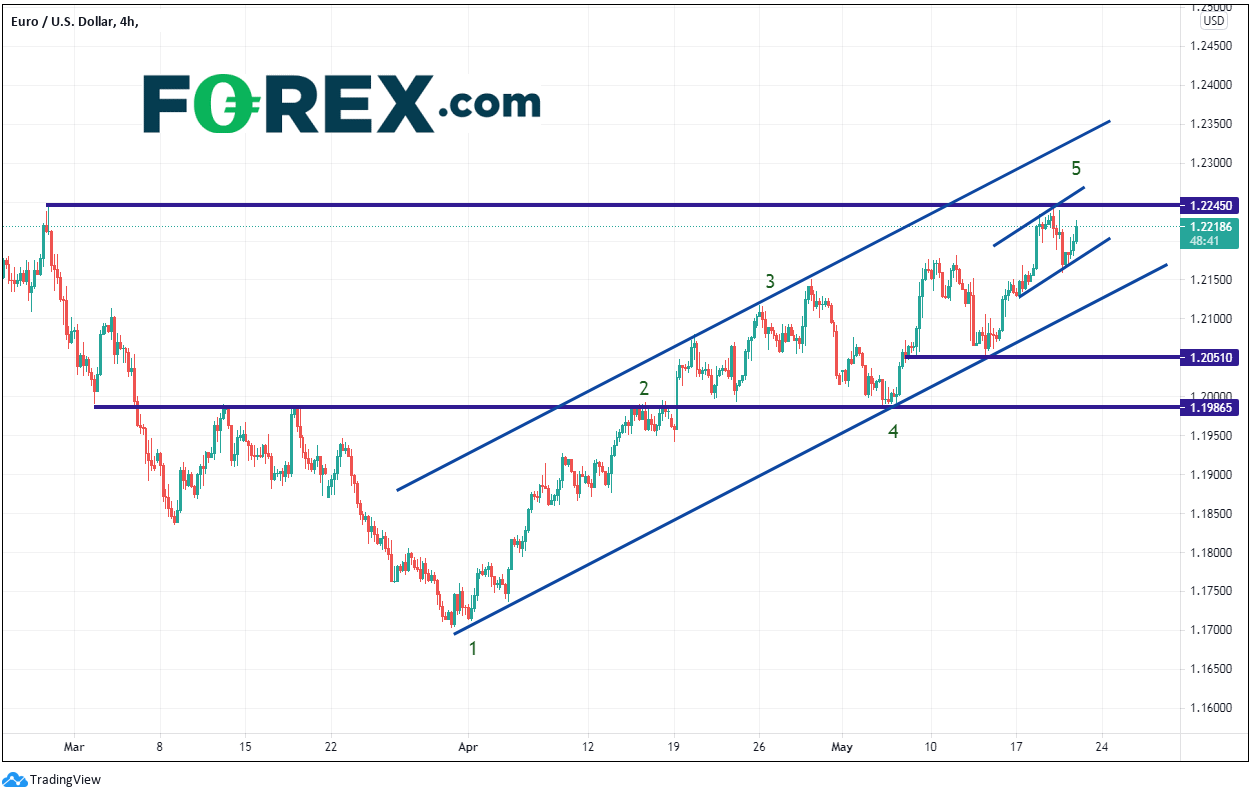