Relief. That is the word that basically describes the sharp moves in the markets today. The euro and stock markets have absolutely surged higher on the back of news Emmanuel Macron secured almost 24% of Sunday’s first-round vote, suggesting he will probably beat Marine Le Pen in a run-off for the French presidency. 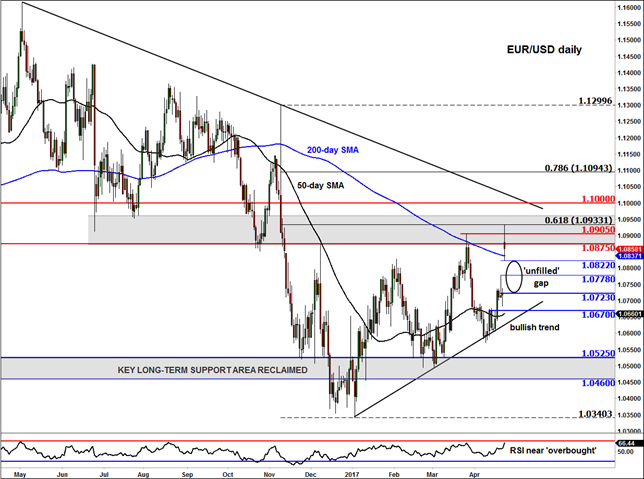