EUR/USD Volatility Hits a 3-Month Low – Could We See Another Bearish Reversal?

Despite the subdued volatility, EUR/USD is quietly working on its fifth rally in the six days since last week’s ECB meeting. The move was catalyzed by a false breakdown below previous support at 1.1215, trapping shorts in a losing position, and the ensuing rally has been relatively sharp. That said, EUR/USD is now approaching a key short-term hurdle at the top of its year-to-date bearish channel in the mid-1.1300s. 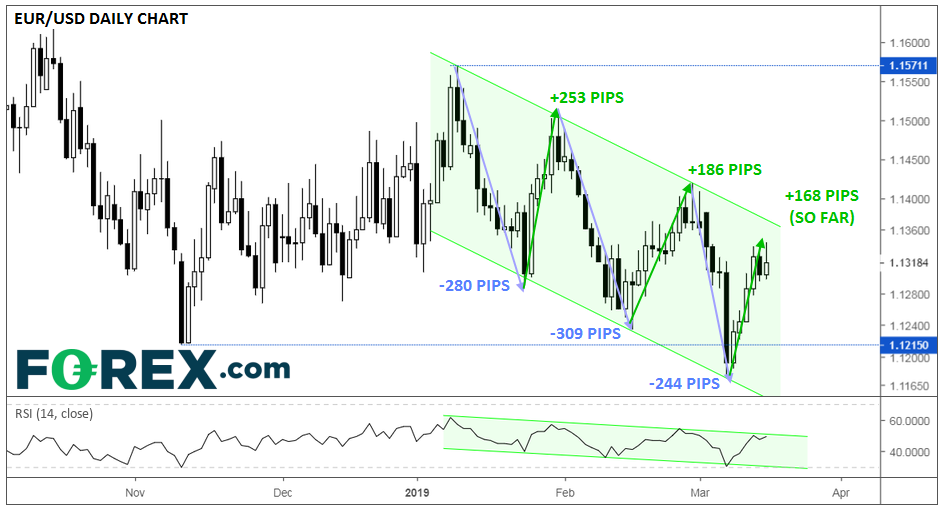 As the chart above shows, rates could still rally another 30-50 pips before reaching this resistance area. That said, previous drops from the top of the channel have averaged nearly 280 pips, setting up a potential sell opportunity for bearish readers. Bulls may want to tap the brakes until/unless we see a confirmed close above the bearish channel, accompanied by an equivalent breakout in the RSI indicator.