EUR/USD’s Consolidation Around 1.0900 May Reach a Breaking Point Soon

Given the prolonged period of subdued trading, we’re likely to see a sharp move when EUR/USD breaks out...

As last week’s NFP report displayed, the “on the ground” state of the US (and global) economy remains volatile, but at least when it comes to the world’s most widely-traded currency pair, the market has been taking the economic volatility in stride.

As the chart below shows, EUR/USD has been consolidating in an ever-tightening range since mid-March, with the price action over the last five weeks generally constrained to the 200-pip range between 1.0780 and 1.0980: 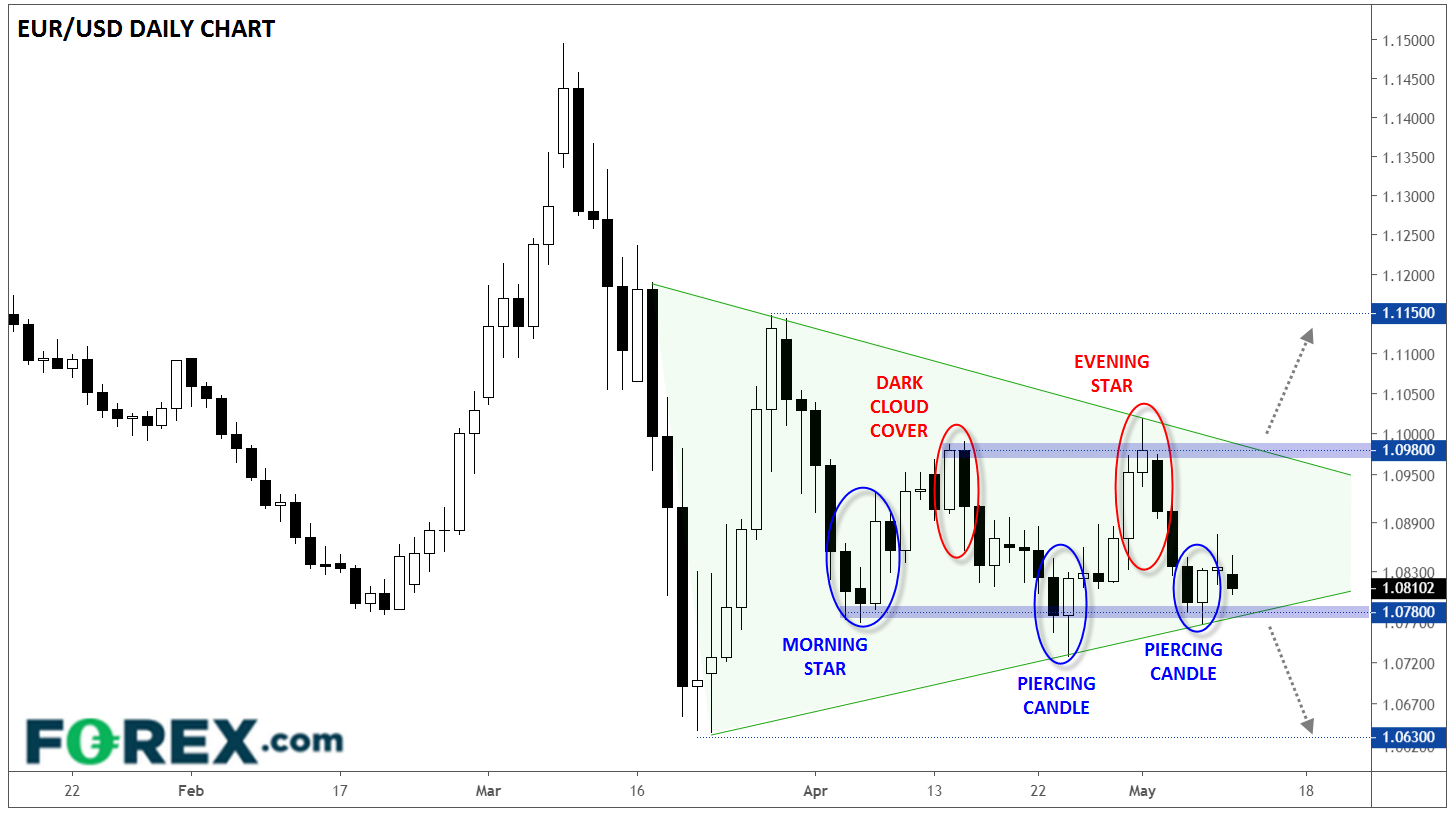 As EUR/USD has approached the bottom of this range, it’s consistently formed bullish candlestick reversal patterns like Morning Star or Piercing Candle formations, whereas moves to the top of the range have seen bearish candlestick reversals from Dark Cloud Cover and Evening Star patterns; this price action shows that buyers are vigorously defending the support zone around 1.0780 and sellers are aggressively offering the pair in the 1.0980 area.

Obviously, this rangebound state of affairs cannot continue indefinitely, and the broader symmetrical triangle pattern suggests that we’re likely to see a breakout in the next week or two. Given the prolonged period of subdued trading, we’re likely to see a sharp move when EUR/USD breaks out.

Rather than becoming too attached to a single directional bias in highly-uncertain times, it may be wiser for traders to have a plan for a breakout in either direction. For example, a bullish breakout could set the stage for a quick continuation up 1.1150, the late March high. Conversely, a bearish breakdown could see EUR/USD sellers target the mid-March low at 1.0630, if not lower, in the coming days.