The March payrolls report is released on Friday 7th April at 1330 BST, the market is predicting a fairly tepid reading of 180k, well below the 235k reading from February. Here at FOREX.com we have created our own proprietary model using three key data inputs which we will discuss below. Our model suggests that the broader market is under-estimating the NFP reading for March, and we predict a reading of 236k for March. 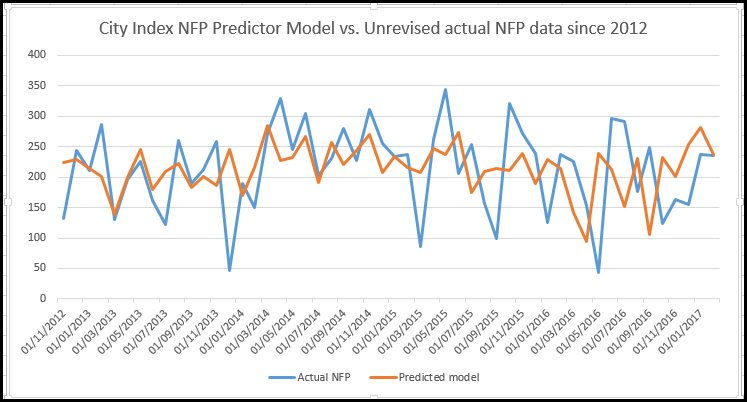