Will we see another price gap up like the last time?

Cybersecurity firm Fortinet (FTNT) is due to report second quarter EPS after the close. The Co is likely to unveil 2Q EPS of $0.66 vs. $0.58 the prior year on revenue of $599.3M compared to $521.7M last year.  The company just introduced the world's first Hyperscale Firewall (FortiGate 4400F) in a statement released today. Back on July 20th, the Co announced the acquisition of OPAQ Networks, a developer of security software products, allowing Fortinet to now deliver the most complete Secure Access Service Edge (SASE) cloud platform on the market.

The last time FTNT reported earnings back on May 6th the stock gapped higher gaining 21% above a declining trend that was acting as resistance. The expected move is 10.3% in either direction according to front month options volatility.

Looking at a daily chart from a technical perspective, the stock remains bullish as an uptrend is starting to take shape. In the short-term, prices have been in a consolidation zone between $152 and $121 since the last time the company reported earnings. Look for a break in either direction. A break above the consolidation at $152 would call for a resumption of the uptrend towards a measured move target of $182.50. 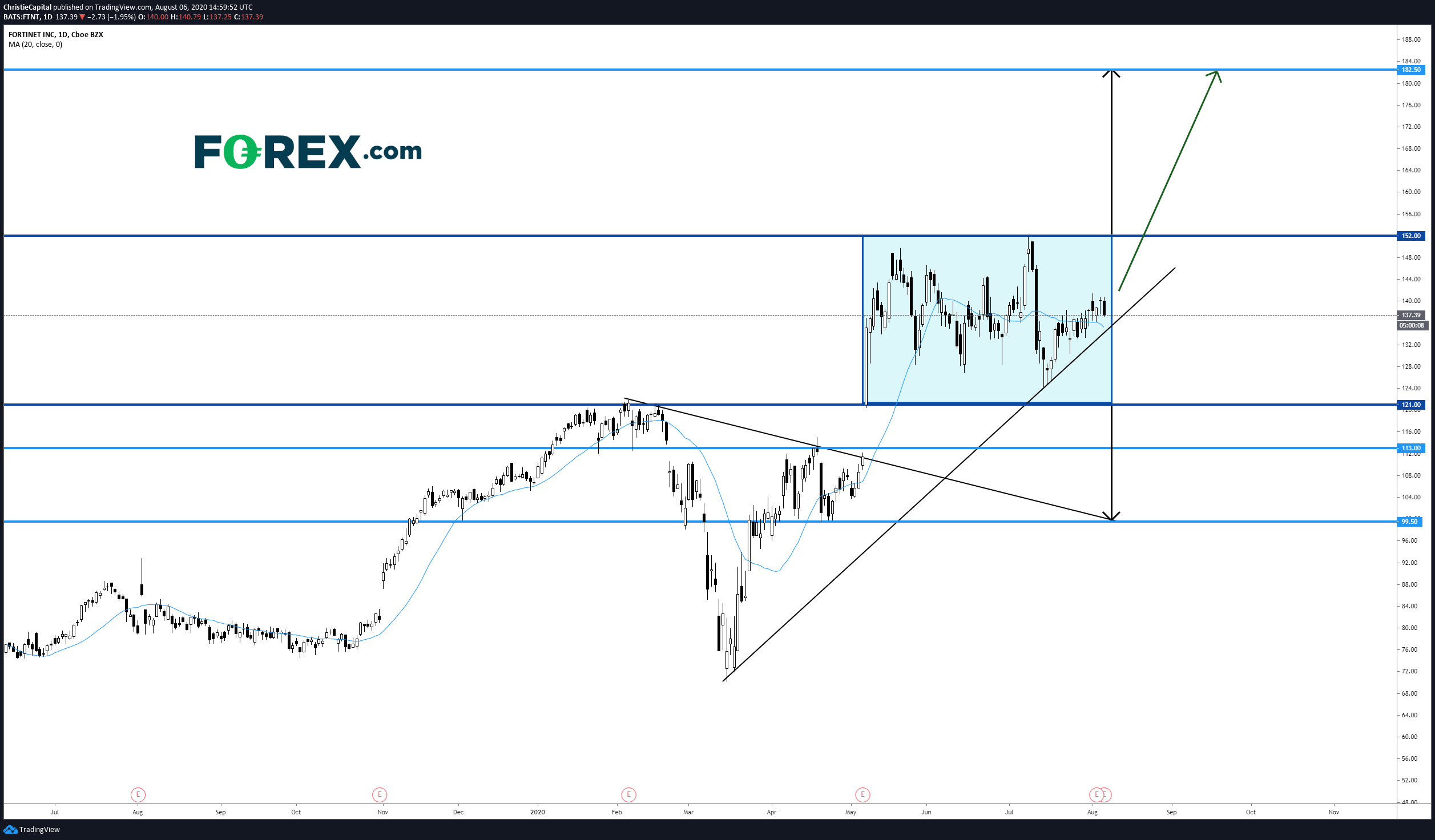