<p>European stocks are trading a touch higher on Friday, with some indices looking to extend their advance for the sixth straight week. The on-going recovery in oil and metal prices continues to provide support for commodity stocks with miners once again dominating the top half of the FTSE 100. Investors have also shown greater enthusiasm for equities and other riskier assets in recent days due, in part, to central bank easing. The Fed has turned less hawkish, too and now only envisages two rate rises in 2016 as opposed to four back in December. The prospects of lower rates for longer and continued recovery in the oil price, means stocks could climb further higher in the short-term.</p> 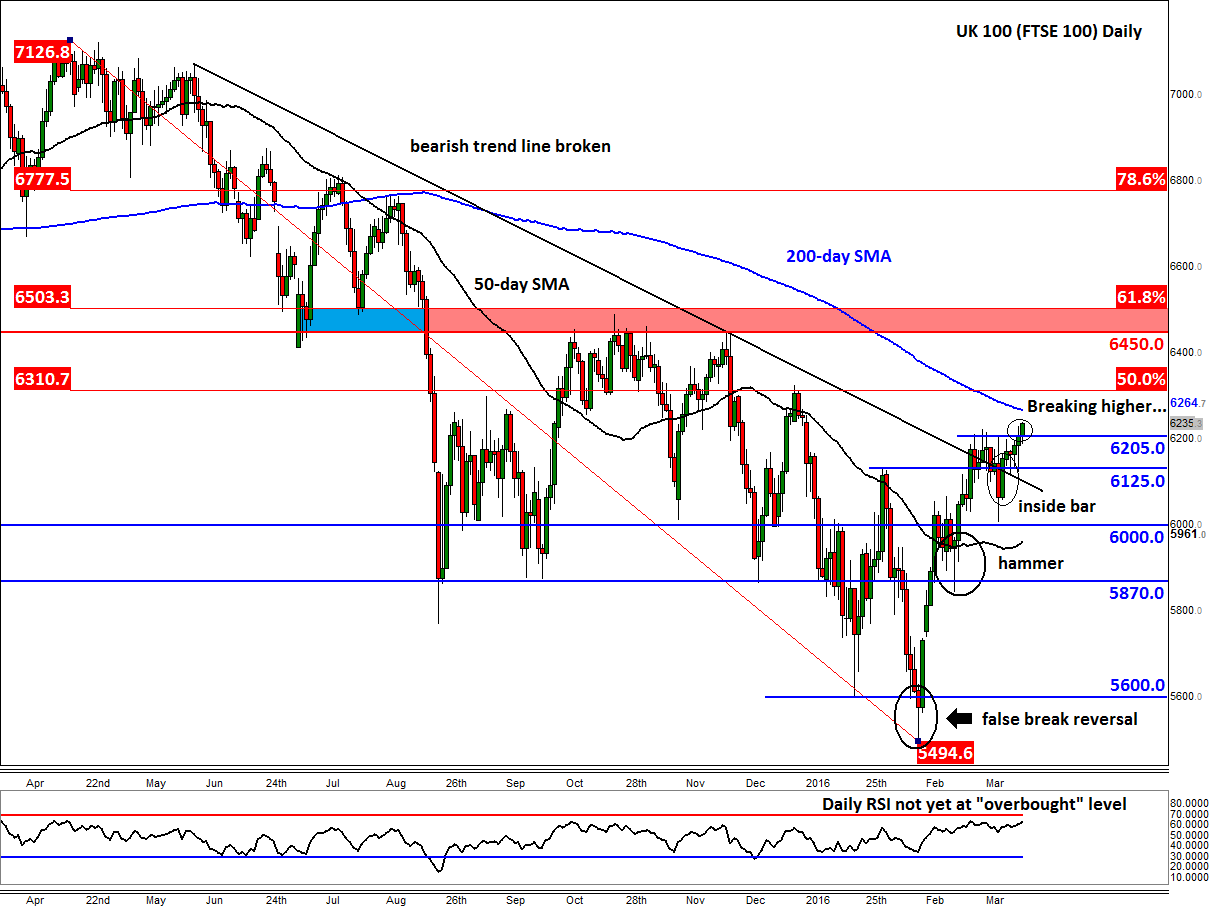