There may still be hope for a soft-landing Brexit as rumors swirled this morning that Boris Johnson’s talks with Germany’s Merkel and France’s Macron at the G-7 meetings may have been enough to persuade them to return to the negotiation table.   GBP began to bid up as GBP/USD moved from 1.2220 to 1.2380 and EUR/GBP moved from 0.9080 to 0.9040.

Then the official headline was released:

Upon release of that headline, GBP/USD moved from 1.2280 to 1.2308, and broke through some key technical levels. 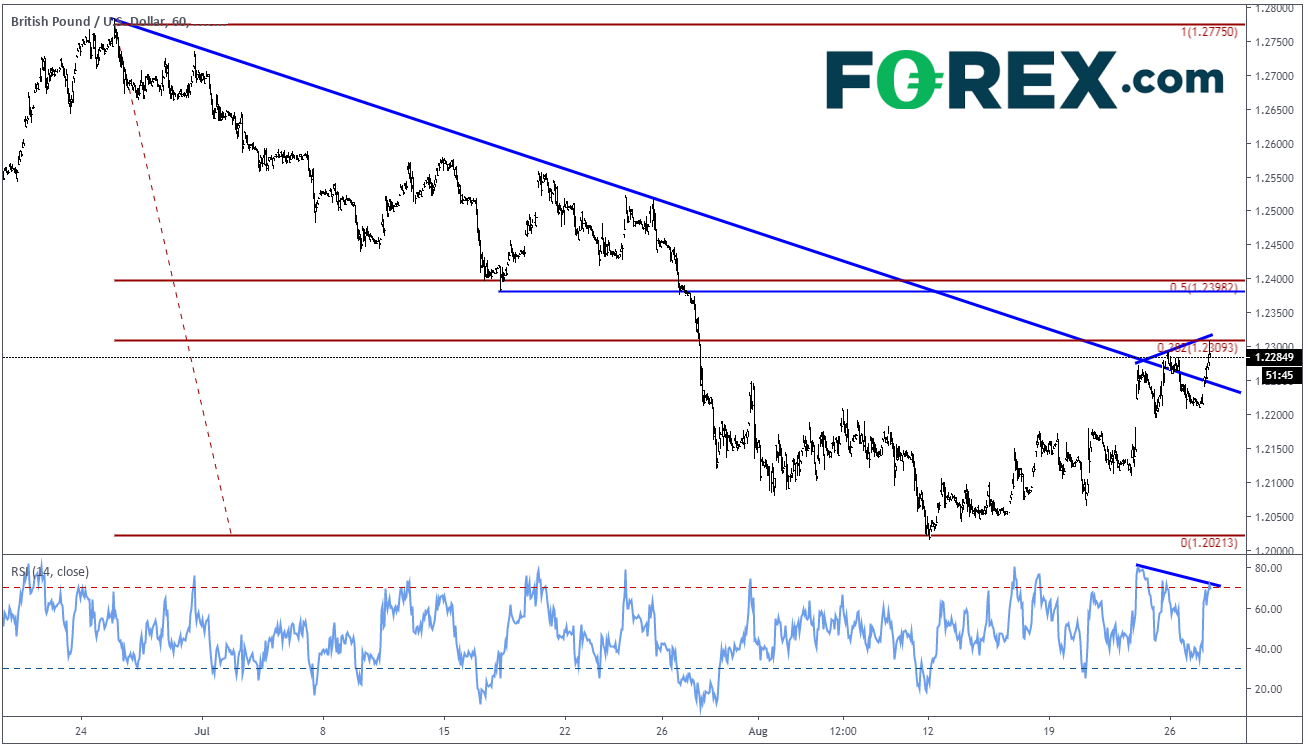 Trendline resistance was taken out extending back to July 25th.  There is a diverging RSI on a short-term time frame, and price moved right to the 38.2% retracement level from the June 25th high to the August 12th low. Next resistance is at the 1.2380/1.2400 levels which is previous support (which now acts as resistance) and the 50% retracement level from the previously mentioned time frame. Support comes in at the broken trendline at 1.2245, then the gap fill at 1.2151. EUR/GBP initially broke down out of a bearish flag at 0.9080.  On the headline release, the pair moved through previous lows from August 19th at 0.9029.  The RSI is also diverging.  Next support level comes in at horizontal resistance near .9000, then the target for the short-term flag pattern at .8990. (to reach a target for a flag pattern, take the “flag pole” from the initial move, and add it to the breakout level from the end of the flag pattern).

Make sure to keep an eye out for more Brexit headlines.  GBP may have some more volatility associated with its pairs if these headlines continue!!