<p>The pound has been typically volatile over the past several days, especially against the US dollar. The GBP/USD has alternated between a red and a green day for the past eight sessions. Against the yen however, it has been mostly green during this period, except today. Today, the GBP/JPY has turned lower along with almost all the other yen crosses amid the return of the “risk off” trade with both stocks and crude plunging. The momentum post Friday’s BoJ-inspired rally has also come to an end, for now anyway.</p> 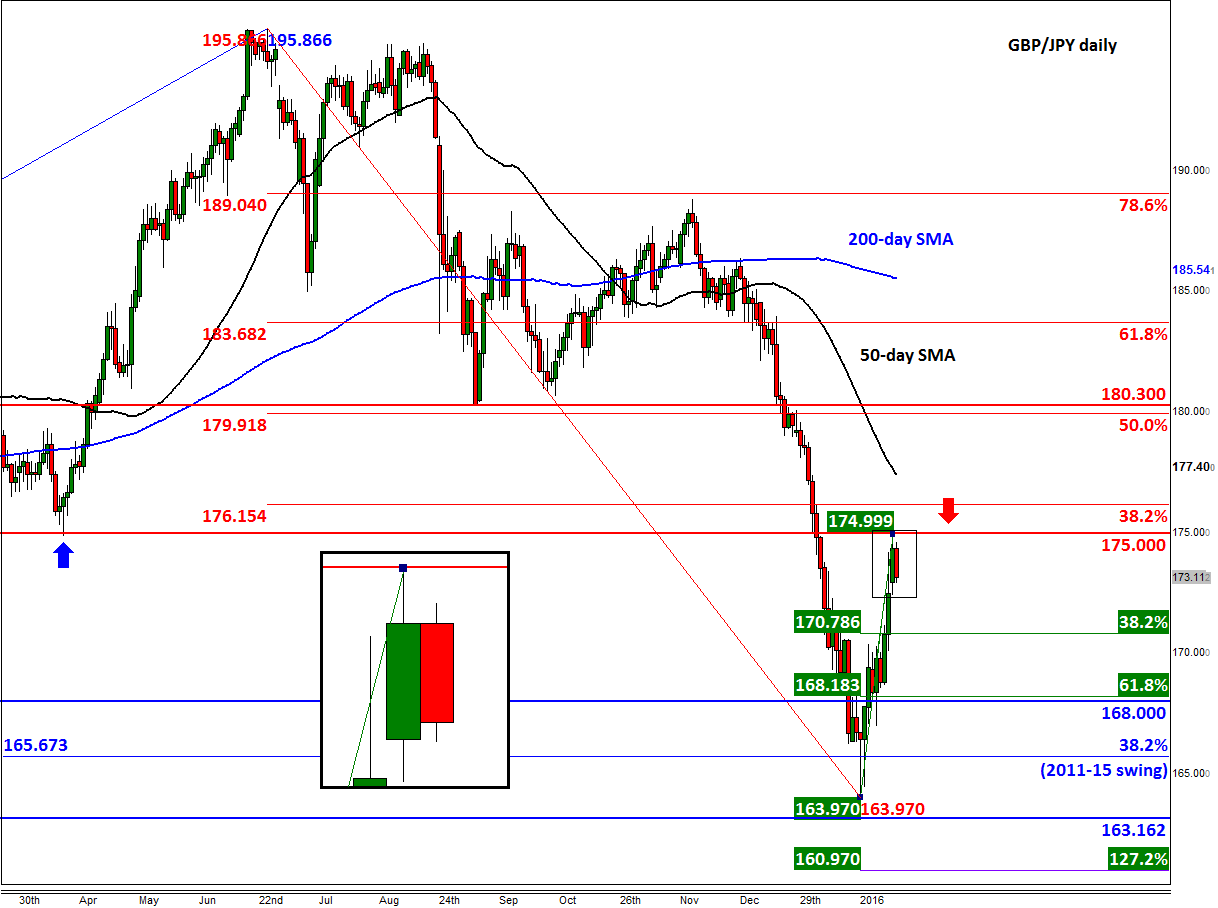