<p>By now, you’ve no doubt heard about today’s horrifying events in Brussels, and we wanted to start by saying that our thoughts go out to the bombing victims and their families. Not surprisingly, today’s events have overshadowed the traditional day-to-day movements of the markets and are leading to a big risk-off move in global equities, as well as safe haven demand for assets like gold, as <a href="http://www.forex.com/post?SDN=c75f6048-dbbc-4903-8f8a-ffa5b71ee221&Pa=20db1fa6-e674-420c-9a87-2ee29261d638">my colleague Fawad Razaqzada noted earlier</a>. </p> 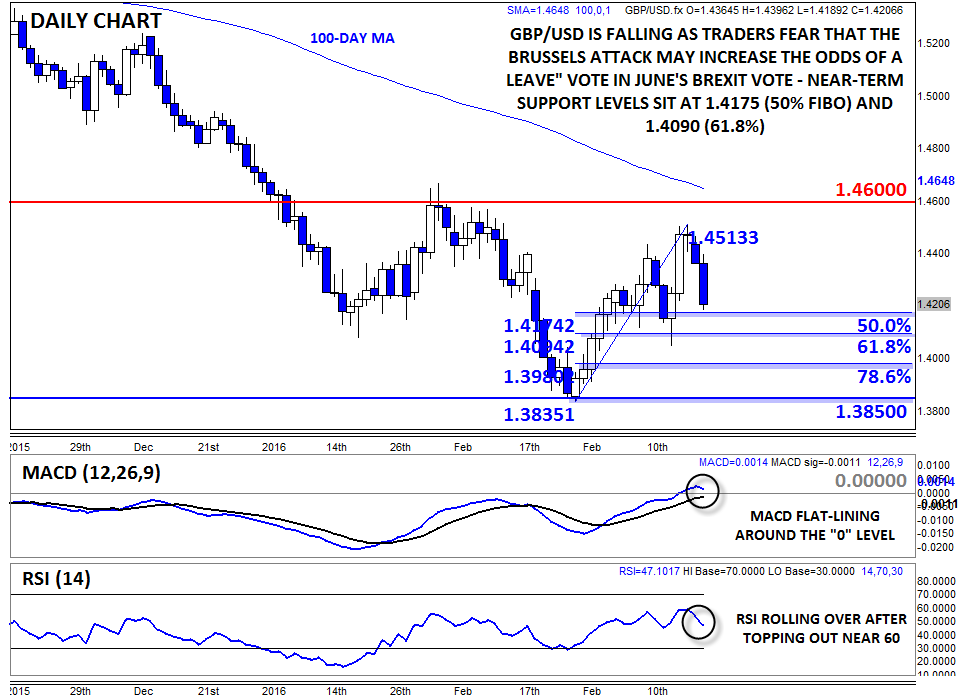