Because of the US dollar’s ongoing strength, the GBP/USD’s initial gains post UK’s jobs data evaporated fairly quickly. However, against today’s weaker currencies like the Japanese yen, New Zealand dollar and Swiss franc, sterling was still higher at the time of this writing. 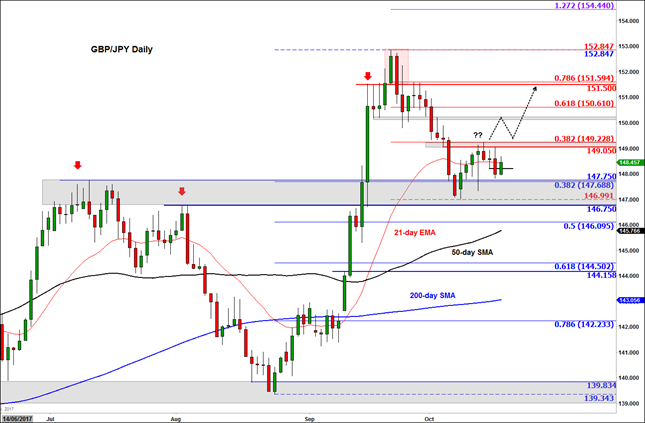