In a classic case of “buy the rumour, sell the news,” sterling sold off from its highs quite rapidly 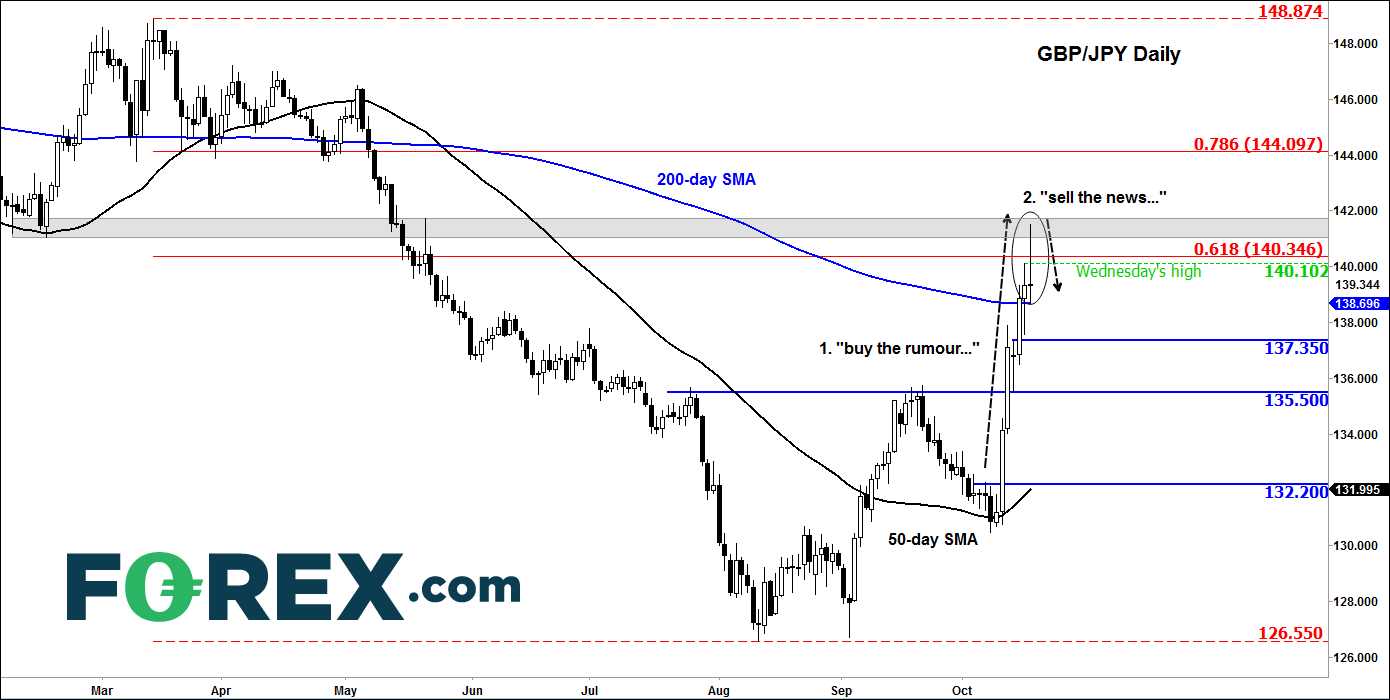