The GBP/JPY looks like it is about to stage a breakout as it hovers near the top of its recent range.

The GBP/JPY looks like it is about to stage a breakout as it hovers near the top of its recent range. Since bottoming out in October 2016, the Guppy has been forming a series of higher highs and higher lows. Consequently, its key moving averages have turned higher which objectively suggest that the trend is indeed bullish. If the GBP/JPY now manages to find a firm footing above the 152.80/153.00 support area then we may see a break above the 153.50 long-term resistance, followed by a run towards the Fibonacci extension levels at 154.45 (127.2%) and 155.80/5 (161.8%) next, with the psychological level 155.00 also being a bullish objective. However all bets would off if price goes back below 151.80 first – this being the low prior to the latest rally into 153.50 resistance. In this potential scenario, we could see a sizeable pullback before the uptrend potentially resumes. Indeed, from a fundamental point of view we expect the GBP/JPY to head higher over time because we expect the divergence between UK and Japanese monetary policies to grow. The Bank of England has already dropped its dovish bias and has raised interest rates for the first time since before the financial crisis. The Bank of Japan on the other hand is still printing money and keeping interest rates below zero. Should UK inflation rises further or stays at current levels then the BoE will have little choice but to raise interest rates again. This would be pound-positive, especially against currencies where the central bank is still dovish – such as the Japanese yen or the Swiss franc, to name but a few. 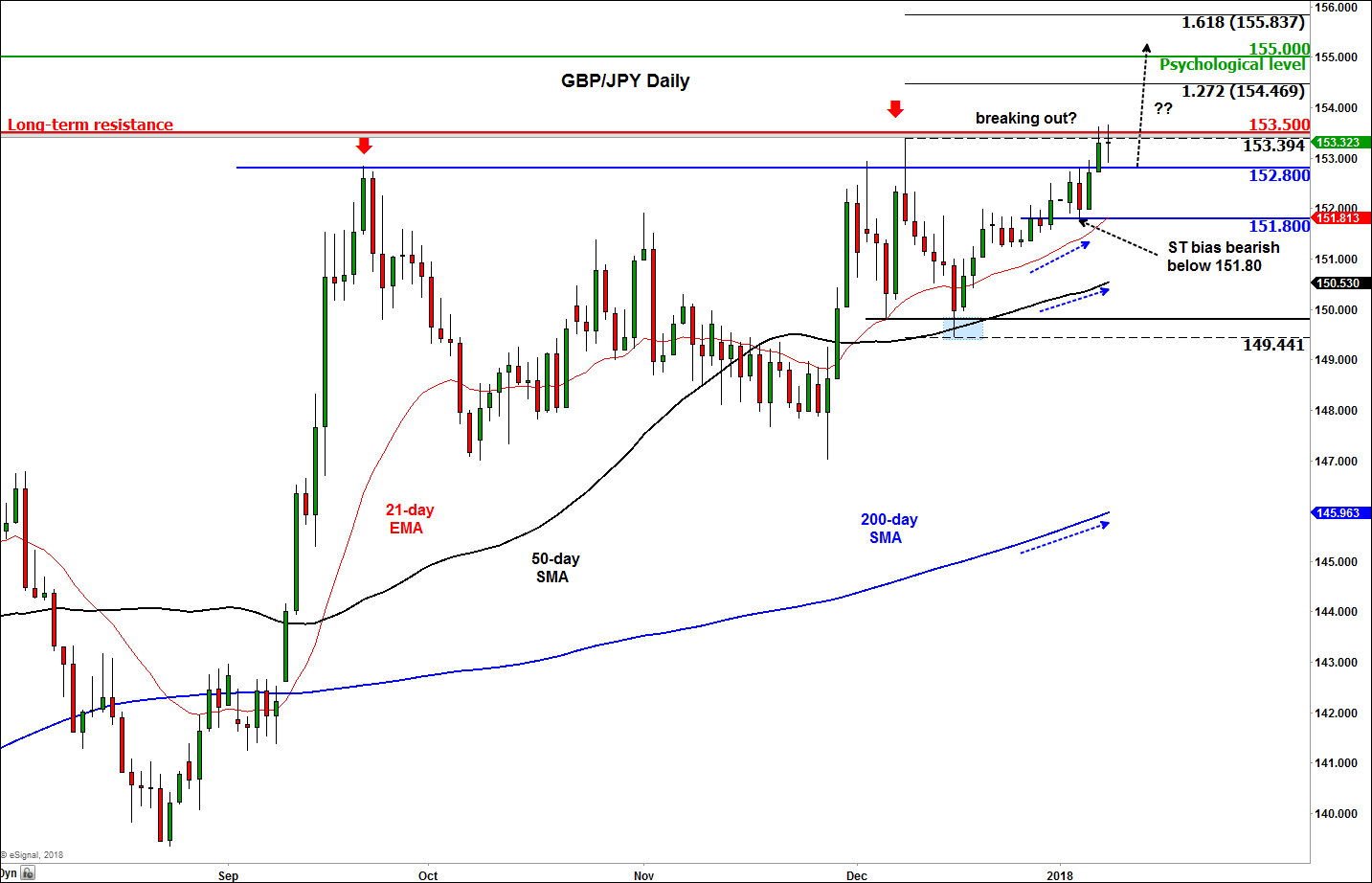