The only notable market-moving data left for this week are retail sales from New Zealand (tonight) and Britain (tomorrow). Consequently, the GBP/NZD will be in focus. 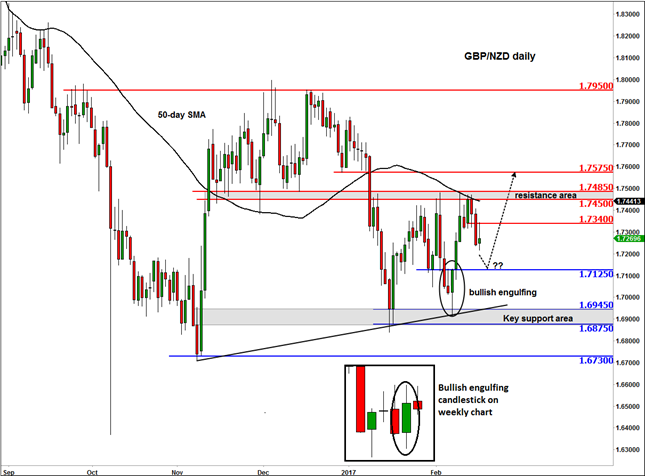