From a technical perspective, the pair continues to challenge the 1.3535 resistance area on a weekly chart

Traders waiting for a significant breakaway from the pair’s choppy action this year.

The US Dollar was bullish against most of its major pairs on Wednesday with the exception of the AUD and GBP. On the US economic data front, the Mortgage Bankers Association's Mortgage Applications fell 1.2% for the week ending December 4th, compared to -0.6% in the previous week. Wholesale Inventories rose 1.1% on month in the October final reading (+0.9% expected), from +0.9% in the October preliminary reading. Finally, U.S. Job Openings increased to 6.652 million on month in October (6.300 million expected), compared to a revised 6.494 million in September.

Looking at movers, the GBP/USD pushed 46 pips higher in Wednesday's trading. We will see the UK trade balance as well as industrial and manufacturing production data Thursday morning. The GBP/USD has shown an average of 52.92 pips of volatility in the 4 hours after past events.

From a technical perspective, the pair continues to challenge the 1.3535 resistance area on a weekly chart. If the pair can manage to break above 1.3535 we can look towards 1.378 as the next key resistance level target. A break below the 20-week moving average near 1.308 would be a bearish signal. 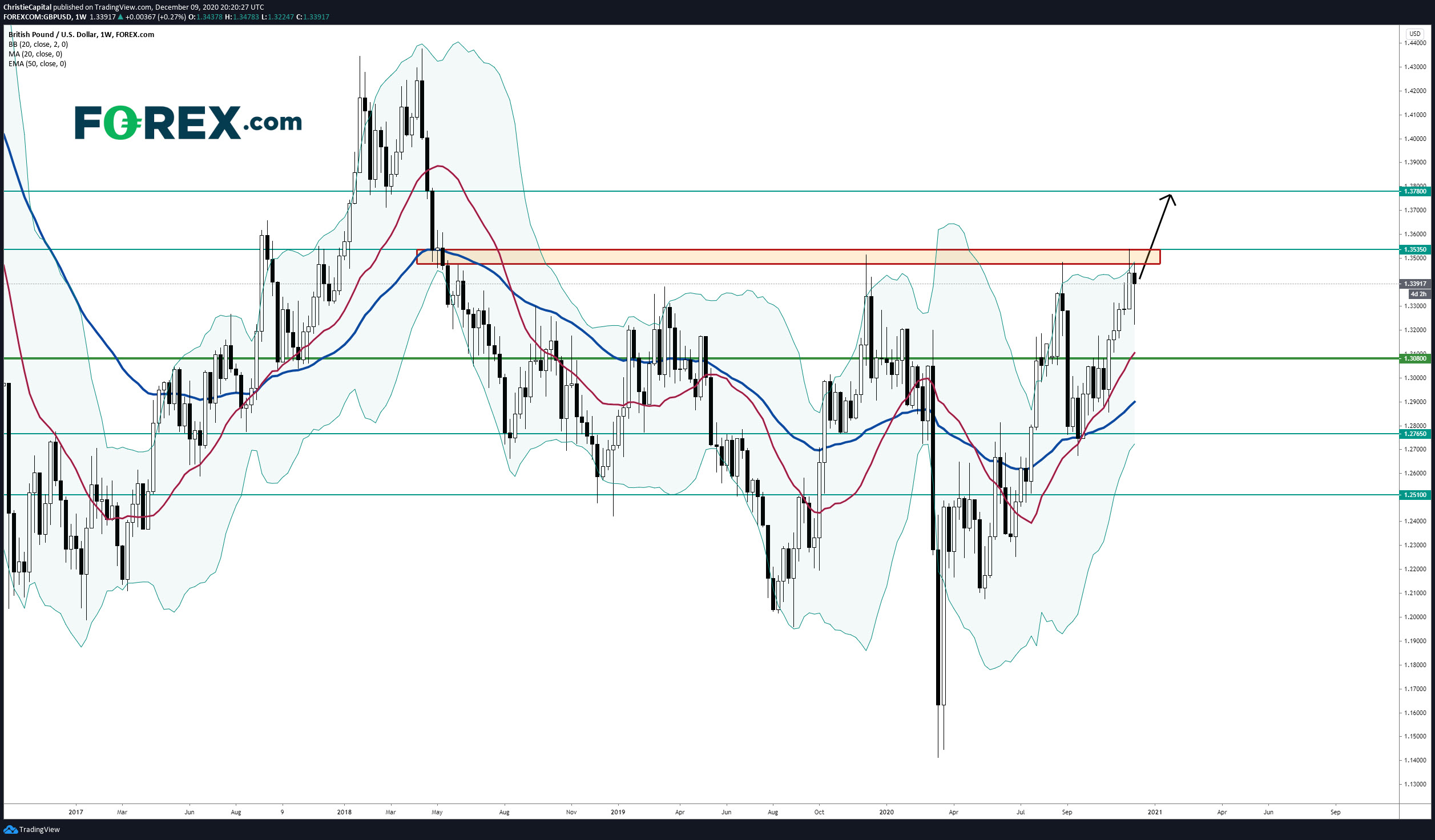