The pound and in particular the GBP/USD currency pair looks as the most interesting one to watch this week. 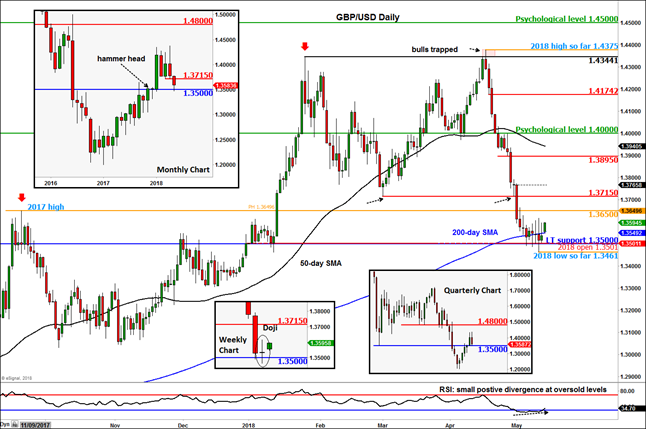