“Hope for the best…but prepare for the worst” seems to be the modus operandi for the UK government’s outlook toward Brexit.

Unnerved by this high-stakes game of chicken, sterling traders are selling first and asking questions later. As of writing, GBP/USD has broken previous support near 1.2350 and dumped all the way down to test the 1.2200 handle. In fact, the pair is currently trading down by -1.3%, on track for its largest single-day drop of the year! 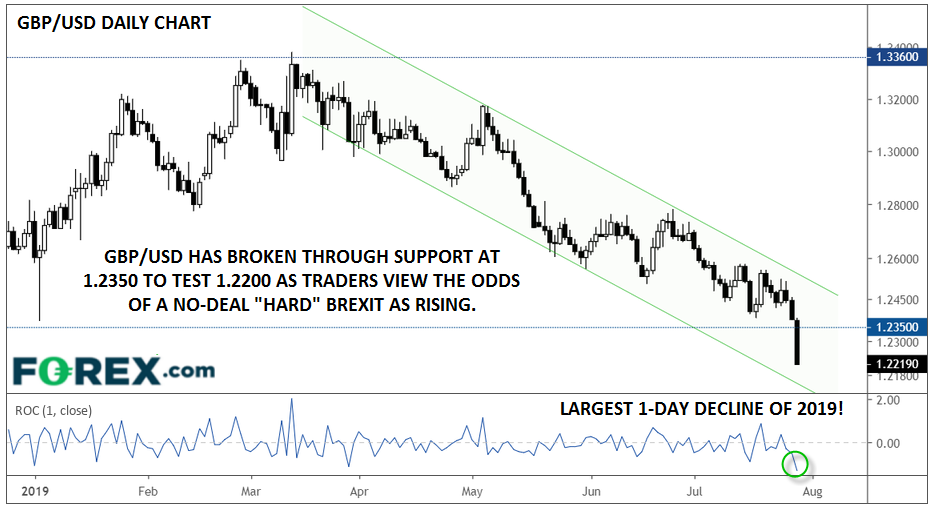 The recent rhetoric will make this week’s Bank of England meeting more interesting. While the central bank is still unlikely to make any immediate changes to policy, Thursday’s meeting may serve as another opportunity for policymakers to highlight the potential disruption of a no-deal exit.

Moving forward, traders will be looking for concrete actions that decrease the likelihood of a no-deal Brexit before buying sterling. As long as the EU and BoJo’s cabinet remain at odds, the path of least resistance for GBP/USD remains lower.