GBP/USD is in a 400-pip range today and up 2.5% as the Bank of England held their scheduled monetary policy meeting earlier today and left rates unchanged at 0.1%, as expected.  This meeting comes only days after the BOE had two emergency rate cuts and slashed rates to its lowest rate ever.  The BOE in recent days also began a 200 billion Pound Quantitative Easing program and said they are ready to do more if necessary. The Great British Pound continued its bid on the European open from yesterday’s intraday low of near 1.1650.  In addition, the US Dollar has been getting pummeled all day, down 1.5%, pushing the GBP higher vs the US Dollar.

On March 9th, GBP/USD put in a high of 1.3200 and began trading lower as it seemed Boris Johnson was not yet 100% ready to deal with the coronavirus pandemic.  Also, at that time, the US Dollar became a flight to safety as stock markets around the world began to selloff and move towards bear market territory.  On March 20th, the pair out in a low of 1.1410 as the BOE cut rates to 0.1% and the DXY was topping.  On the chart below, the bottom portion shows the correlation between the GBP and the DXY.  Before GBP/USD peaked on February 20th, the pair broke its normal behavior and the correlation was positive.  Once price peaked, the correlation coefficient stated moving lower and is currently at -0.97, meaning that the GBP and the USD move are currently moving in opposite directions 97% of the time! 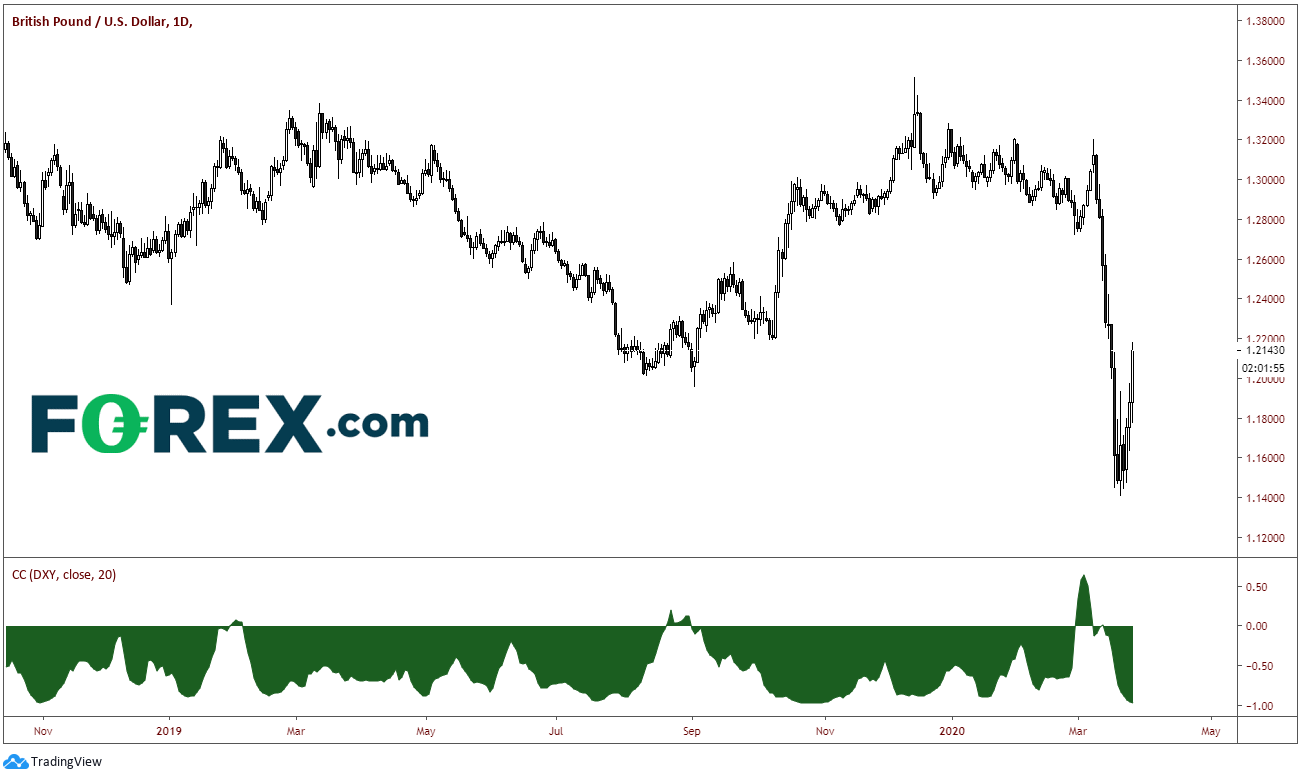 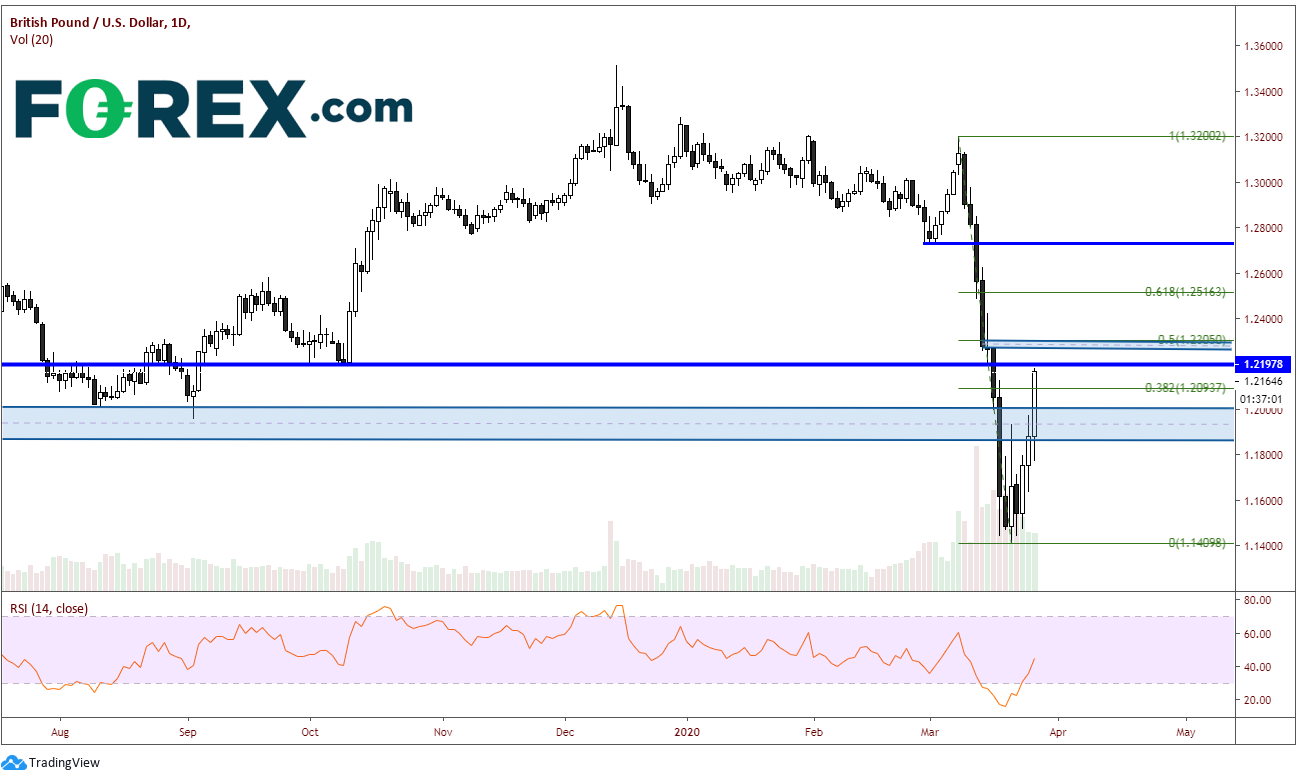 As for support, there really isn’t much until the psychological round number at 1.2000.  Below that is the previous band of resistance between down to 1.1860.  There is also horizontal support near 1.1640. The final support level is the low from March 20th at 1.1410. 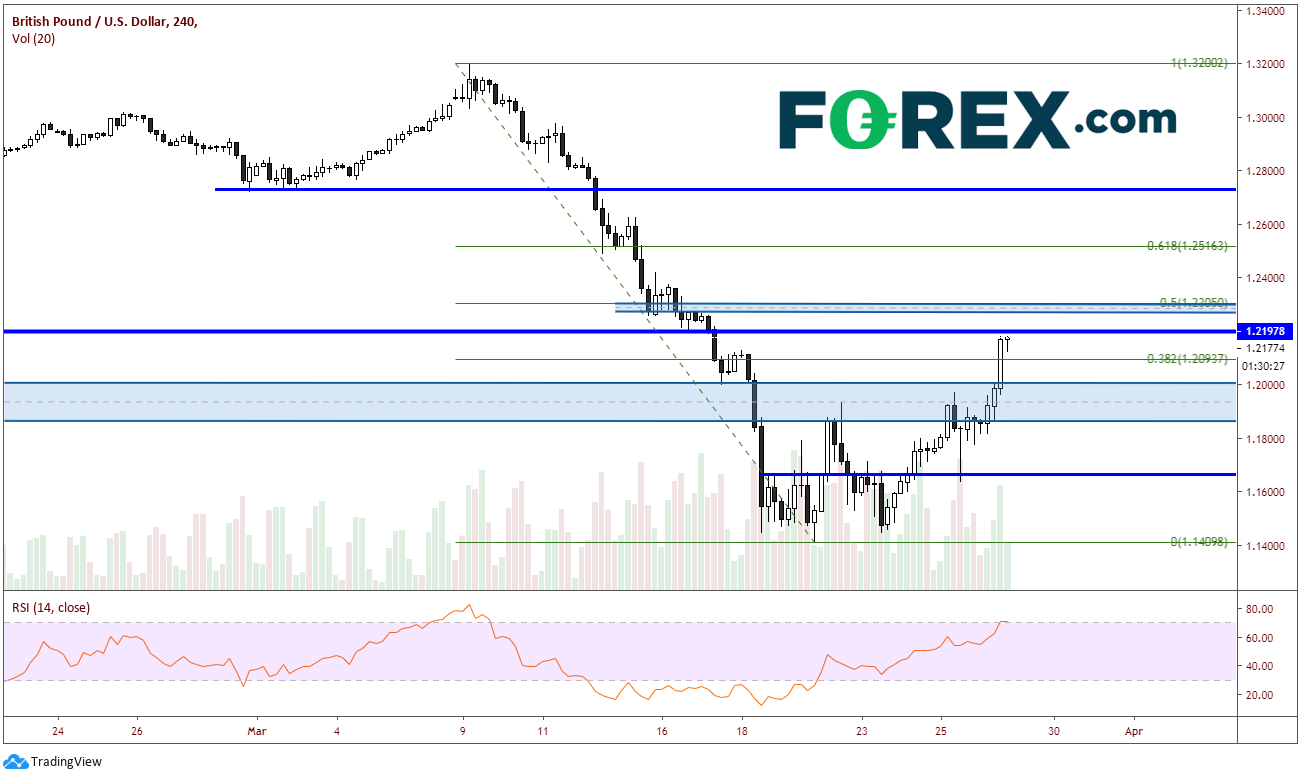 If traders dare to enter a GBP/USD position, be ready for volatility and some massive moves.  Make sure to watch for sudden changes in the DXY as well, as these two currencies are almost perfectly negatively correlated.  A change in the direction of the DXY could mean a change in direction for the GBP/USD!