Key resistance at 1.3185 is being tested after the BoE increases asset purchase program and holds int rates steady. 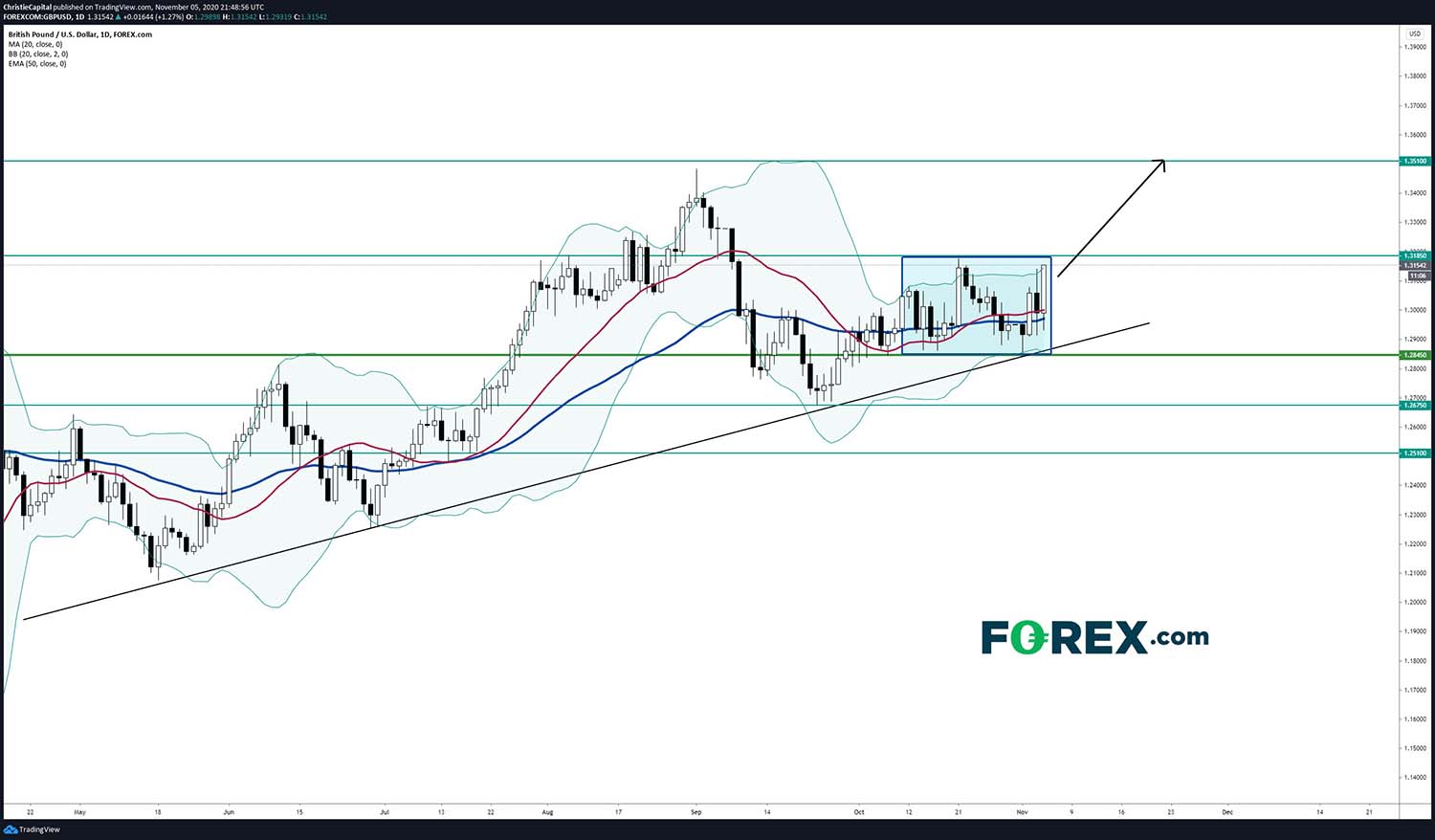