The European Commission has outlined contingency plans for a no-deal scenario with Britain.

The European Commission has outlined contingency plans for a no-deal scenario with Britain. It added that "there is now significant uncertainty whether a deal will be in place on 1 January 2021".But GBP remains on the upside as U.K. GDP grew 0.4% on month in October (vs flat expected) and industrial production increased 1.3% (much more than +0.3% expected).

From a technical point of view, on a daily chart, GBP/USD remains within a bullish channel and is supported by its rising 50-day moving average (in blue). Readers may therefore consider the potential for further advance above horizontal support at 1.3050. The nearest resistance would be set at December top at 1.3540 and a second one would be set at previous overlap at 1.3710 in extension. 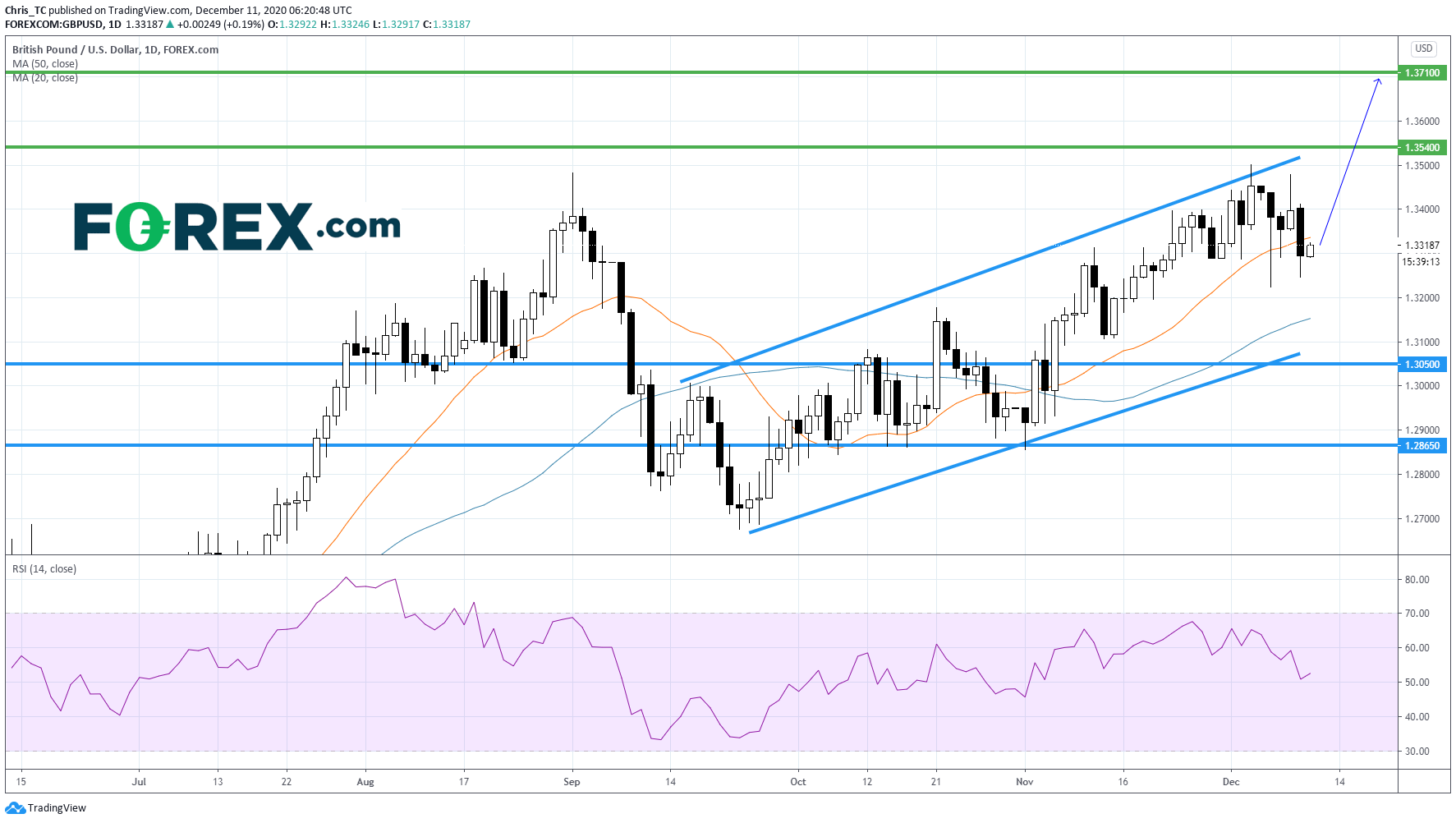