The GBP/USD managed to make back its entire losses after gapping lower overnight to trade near the day’s highs at the time of writing. This is despite the fact there was still no breakthrough in talks between the UK and EU over the issue of Northern Ireland. 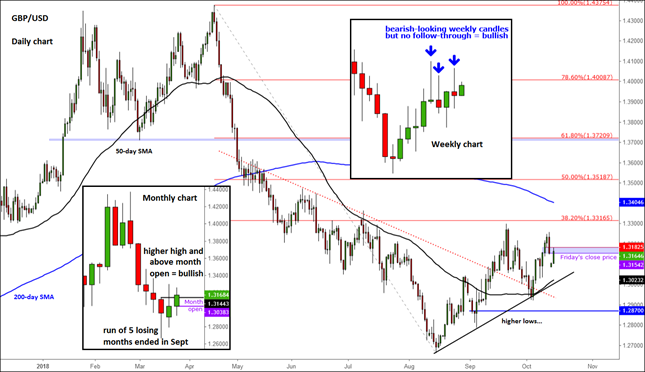