GBP/USD remains in a bearish trend

The GBP/USD pair remains in a bearish trend channel. Here are some key levels to watch.

On the economic data front, the Mortgage Bankers Association's Mortgage Applications fell 8.7% for the week ending June 19th, from +8.0% in the prior week.

Wednesday's largest currency pair mover was the GBP/USD which dropped 98 pips to 1.2419. The pair remains in a bearish trend channel. As long as the price can stay below 1.2465 look for a retest of support at the 1.234 low. 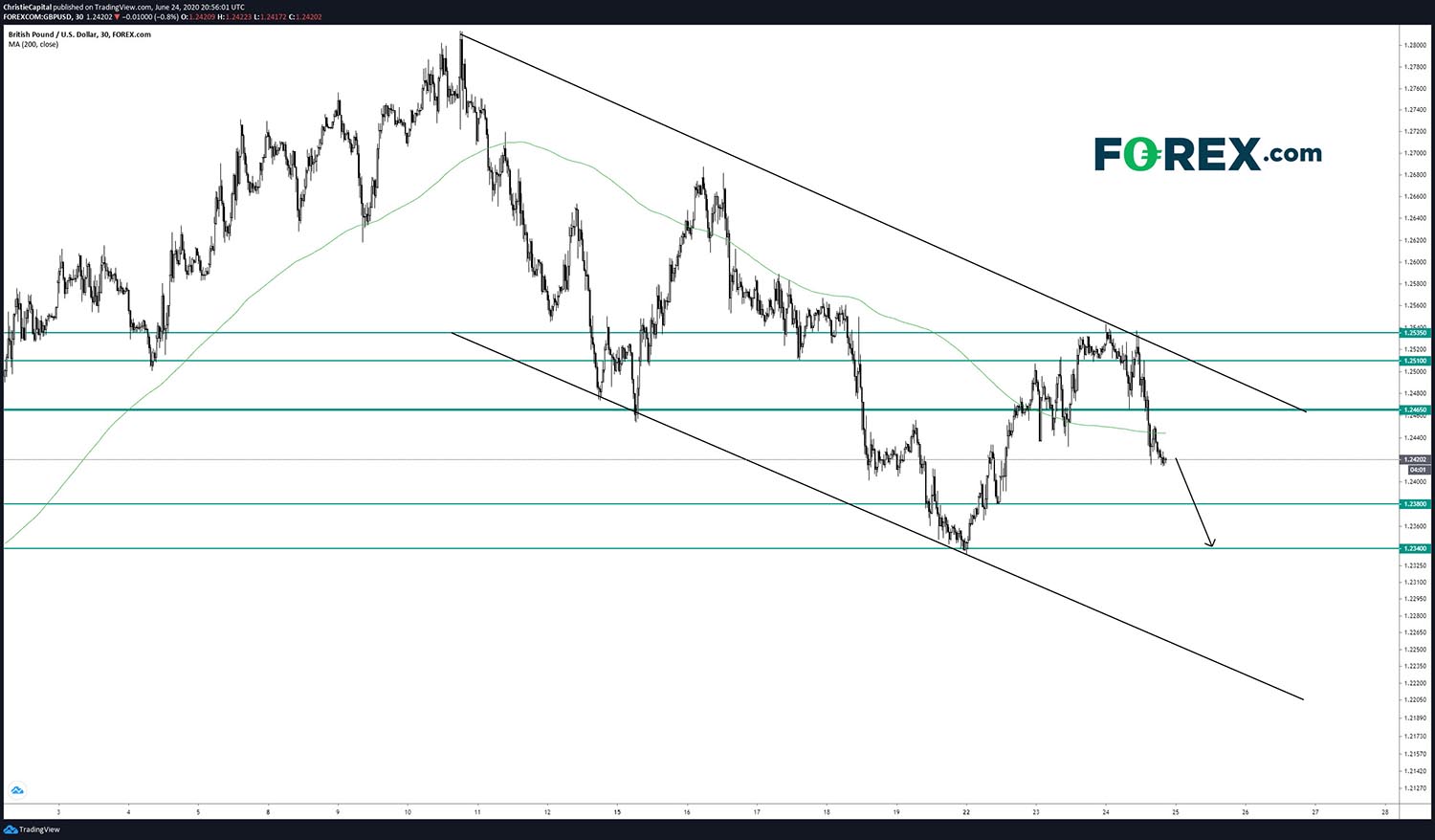