GBPUSD set to break one thirty amid improving UK data

Economic data out of the UK released in the last couple of days has been pound-positive, yet the GBP/USD is still holding below the 1.30 handle. But for how long? Given that the positively-correlating EUR/USD pair has already broken well above its own corresponding psychological hurdle at 1.10 after a sharp rally, the cable could be playing catch up. 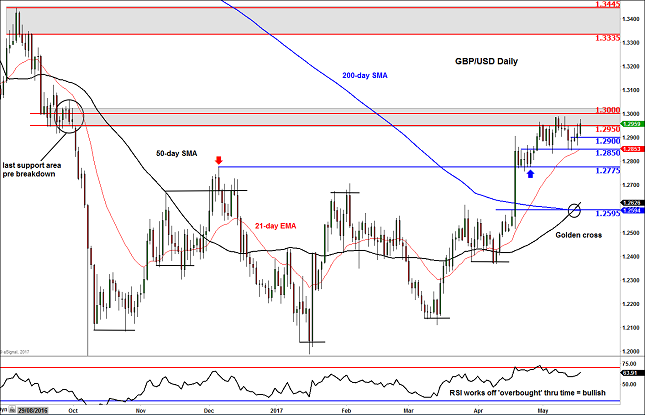