The pound was already higher before the government’s analysis of Brexit scenarios report was released this morning, climbing from a low of $1.2735 to a high of about $1.2790. 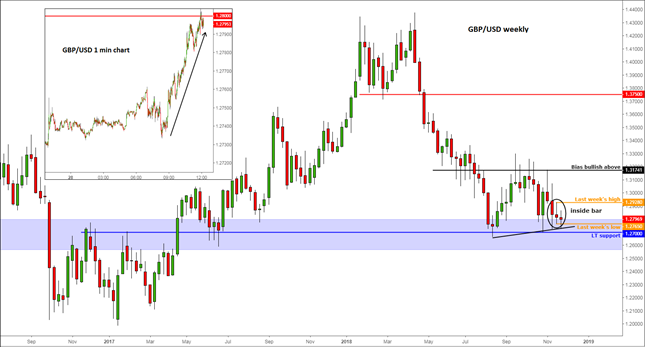