The pound has managed to put ongoing Brexit and political uncertainties behind it as it finally responded to domestic economic news. 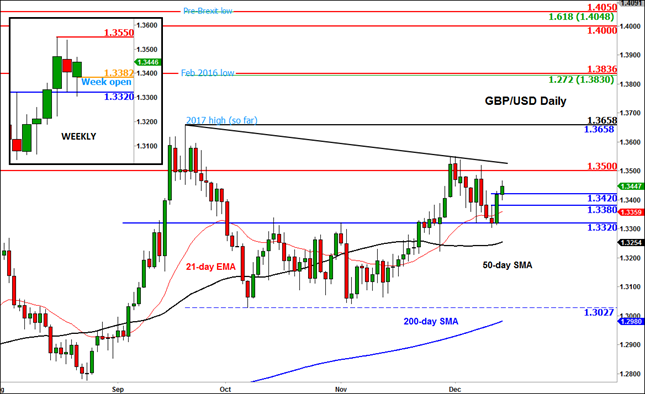