GBP/USD under pressure after pattern breakout

The GBP/USD broke its short term uptrend in Monday's trading.

The US Dollar was bullish against most of its major pairs on Monday with the exception of the EUR.

The Euro was bullish against all of its major pairs. In Europe, no major economic data was released.

Looking at the biggest loser in Monday's trading, the GBP/USD dropped 70 pips to 1.2552. The currency pair broke below a triangle top pattern formation. As long as the pair can remain below 1.262 resistance, look for a continuation lower towards 1.2165 support. 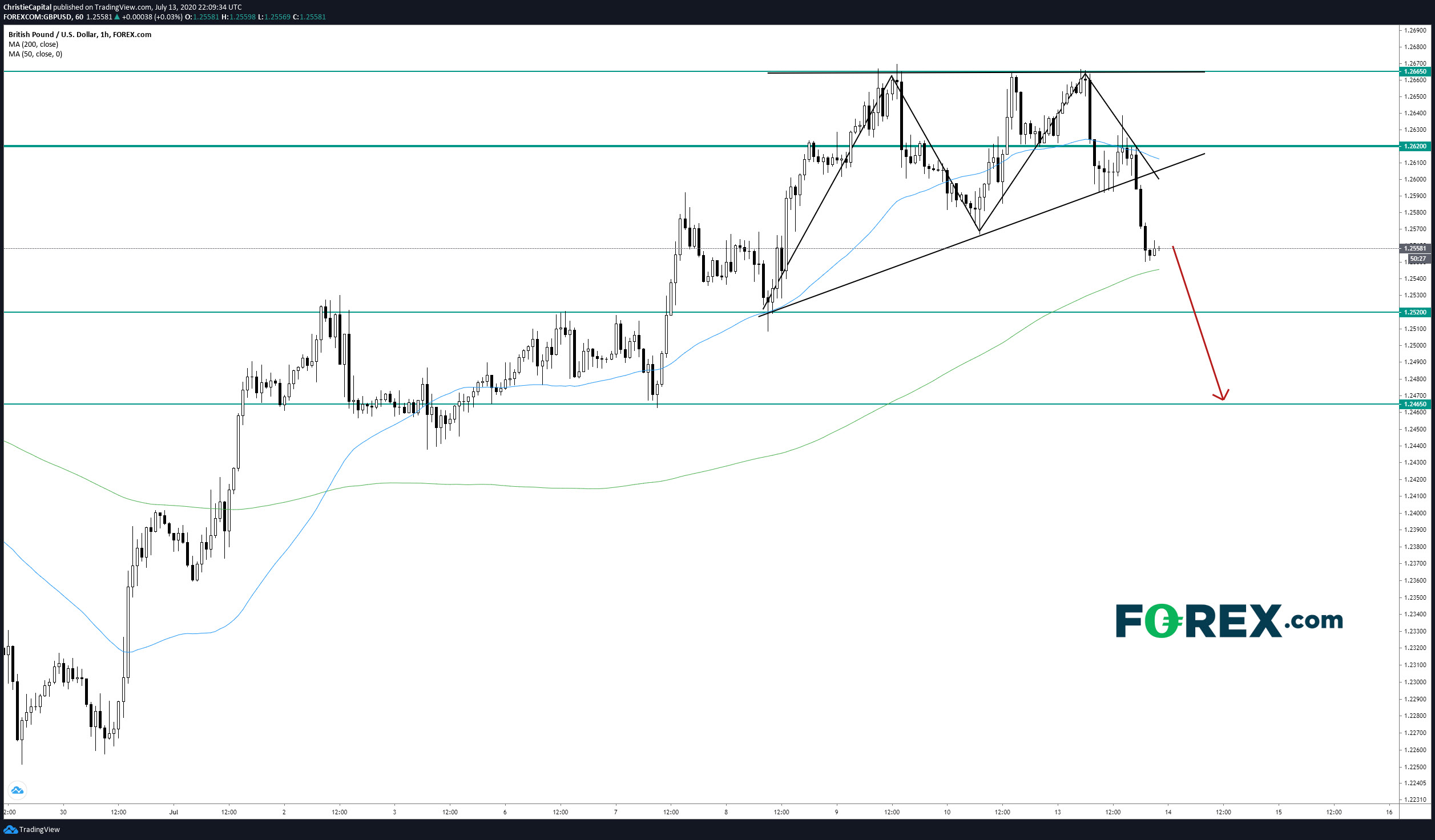