GlaxoSmithKline, the pharmaceutical company, announced that annual profits be at the lower end of its forecast range, an expected decline of between 1% and 4%.

GlaxoSmithKline, the pharmaceutical company, announced that annual profits be at the lower end of its forecast range, an expected decline of between 1% and 4%. The company said the pandemic hit demand in its vaccines business. However, GlaxoSmithKline reported a third quarter net profit of £1.24 billion, ahead of expectations, compared with £1.55 billion a year earlier.

From a technical point of view, the stock price remains in a downtrend capped by its 20DMA. Prices have filled the bearish gap opened on the 22th of October and are resuming their down trend below the resistance at 1369p (internal trend line). The daily RSI remains capped by a declining trend line. A break below the swing low at 1324p would open the way to a further decline towards 1270p (Fib projection). Alternatively, a push above 1369p would call for a limited rise towards the resistance at 1430p. 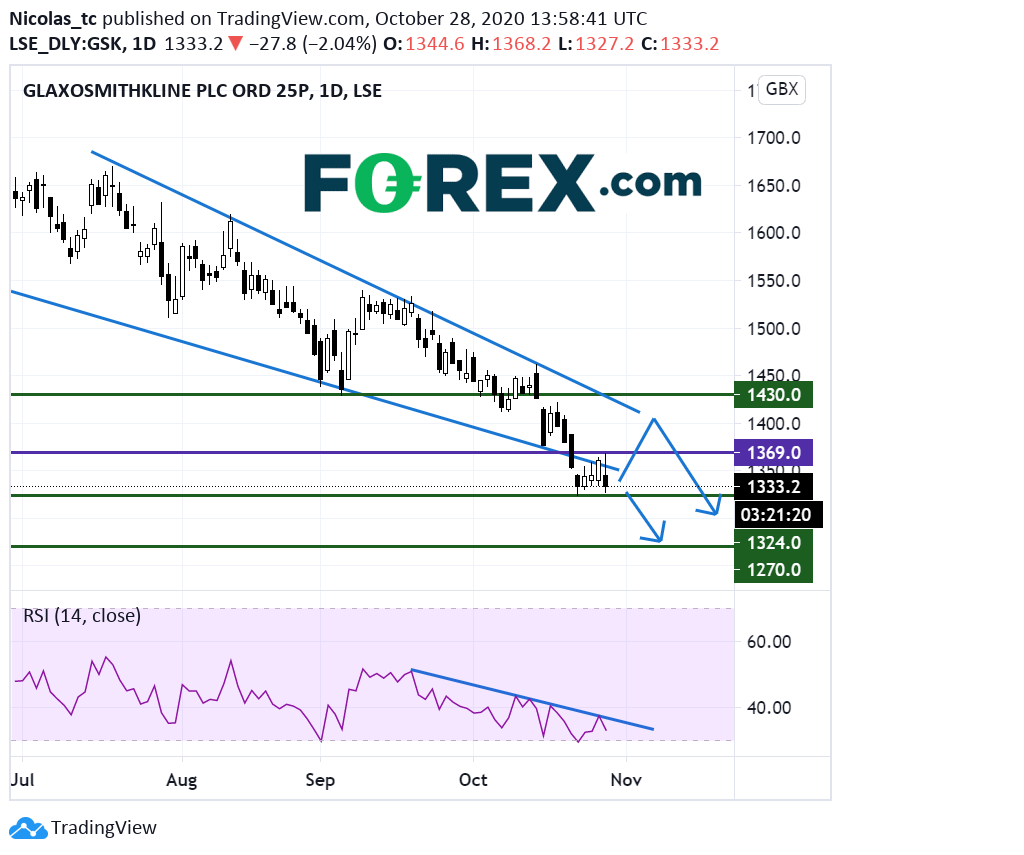