Precious metals started the new trading week and month lower yesterday after falling in the last two weeks of April. Both metals were trading lower again at the time of this writing; gold was trading around $1255 and silver $16.80 per troy ounce. During the last couple of weeks of April, the Dollar Index also fell, chiefly due to a sharp rally in the EUR/USD and GBP/USD currency pairs 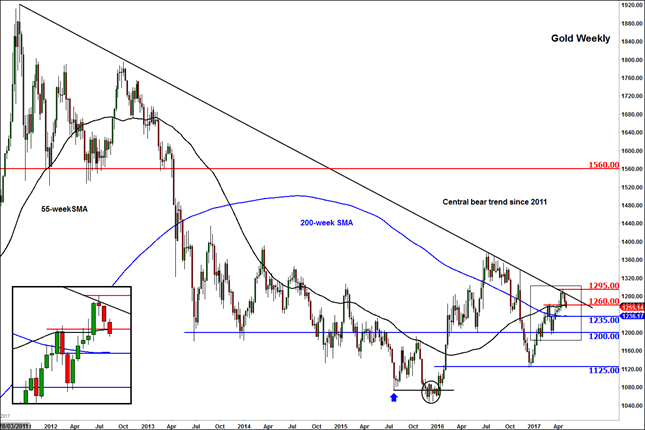 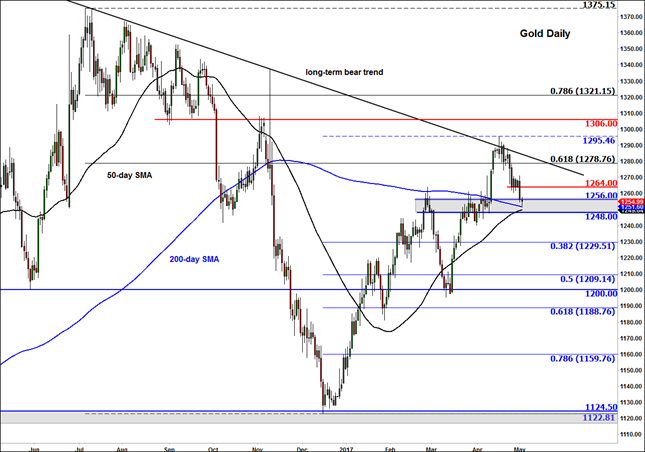