The recent data and interest in rising inflation has done little to boost the yellow metal...

Signs of inflation abound for the global economy, from the anecdotal (Twitter CEO Jack Dorsey proclaiming that “Hyperinflation…[is] happening”) to the tangible (the Bank of Canada unexpectedly winding down its QE program and dramatically raising its inflation expectations for next year – see my colleague Joe Perry’s BOC recap report for more).

Unfortunately for those who are bullish on the gold, the textbook “inflation hedge”, the recent data and interest in rising inflation has done little to boost the yellow metal, which continues to consolidate in its well-trodden 4-month range between $1725 and $1830. Despite inflation running at its highest level in decades in many major economies, gold is trading lower over the past year and unchanged over the last 15 months.

Don’t tell that to our traders though: Among traders with an open position on gold, a comically lopsided 91% of StoneX retail volume is long the precious metal, up from less than 70% at this time last week.

From a technical perspective, gold has been rising in a short-term bullish channel since bottoming near $1725 support in late September, though it remains flat on the week so far: 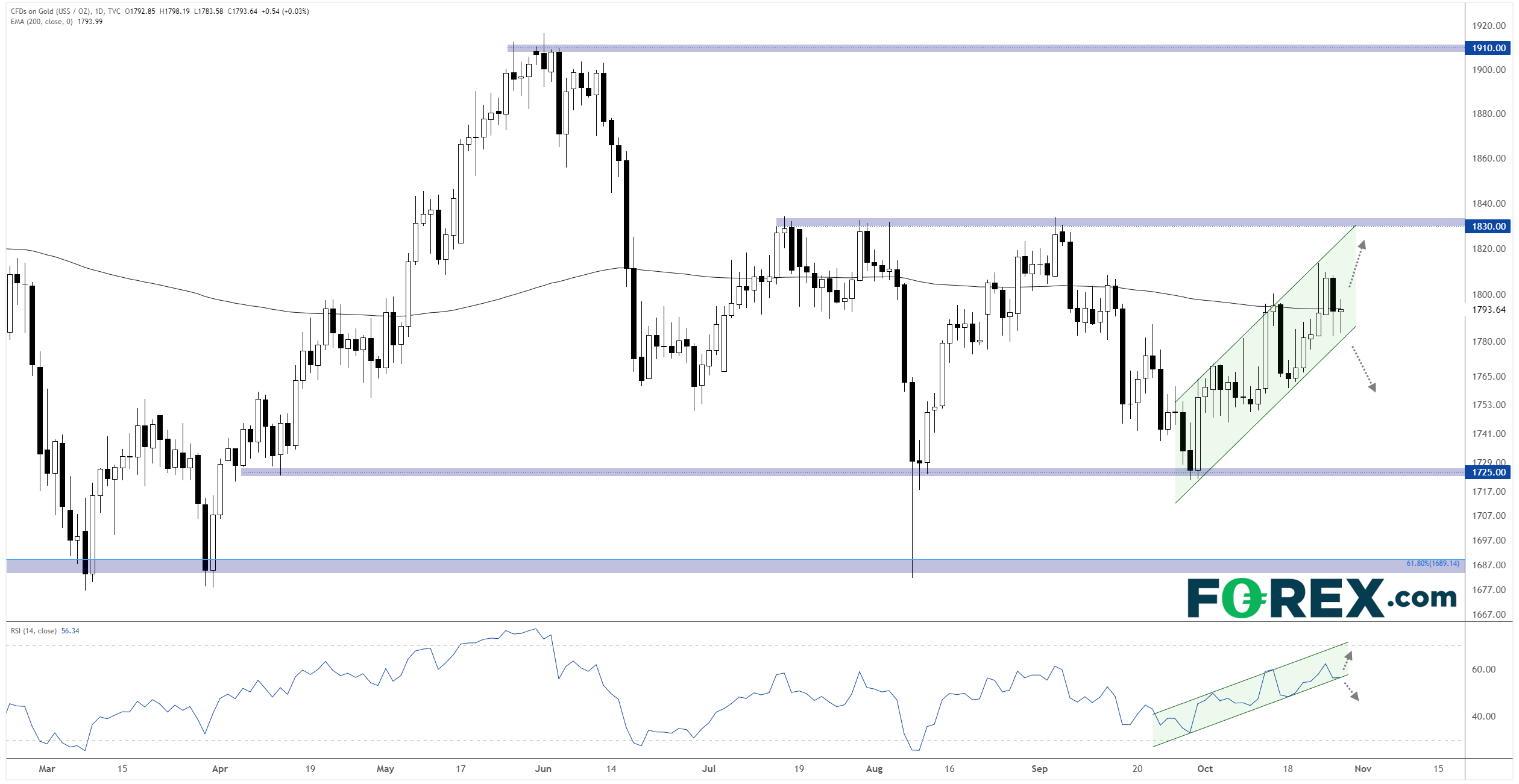 Moving forward, there is potential for some short-term strength toward the strong resistance level at $1830 as long as that bullish channel remains intact, but traders would need to see a break above that level, ideally coinciding with a change in the narrative around the precious metal, to flip the medium-term outlook in favor of the bulls.

Meanwhile, given the strongly bullish sentiment toward gold, a break of bullish channel support near $1780 could lead to a rapid drop back to the lower $1700s as traders abandon accumulated long positions en masse.