The first trading week of May is about to end, which means all of the attention will be on the US non-farm payrolls data. Well, that would have been the case had it not been for the small matter of the French elections at the weekend and also this week's collapse in commodity prices. Gold, silver, copper and iron ore, as well as crude oil prices, have all fallen sharply on a combination of worries about Chinese demand and in most cases excessive supply. But the commodities have all bounced back this morning, with crude oil most noticeably as it has recovered from a decline of around 3% overnight to turn flat at the time of this writing. Whether or not this is merely an oversold bounce for crude oil and the metals remains to be seen, as undoubtedly some of the bearish market participants are happy to bank healthy profits ahead of the US jobs report and the French elections on Sunday. 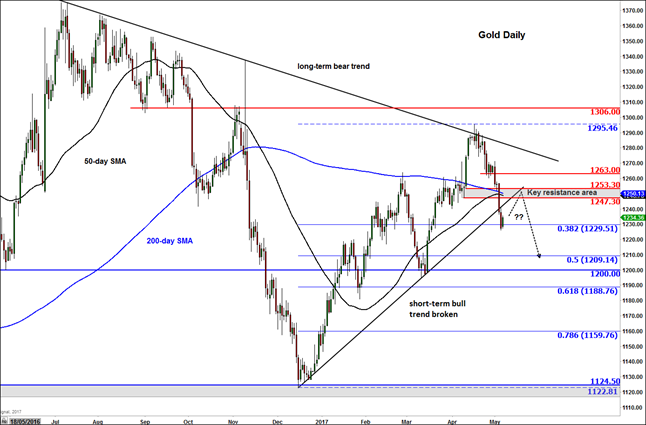