Crude oil and gold both fell further and stocks rallied after the US President made no mention of military action against Iran and called for peace. 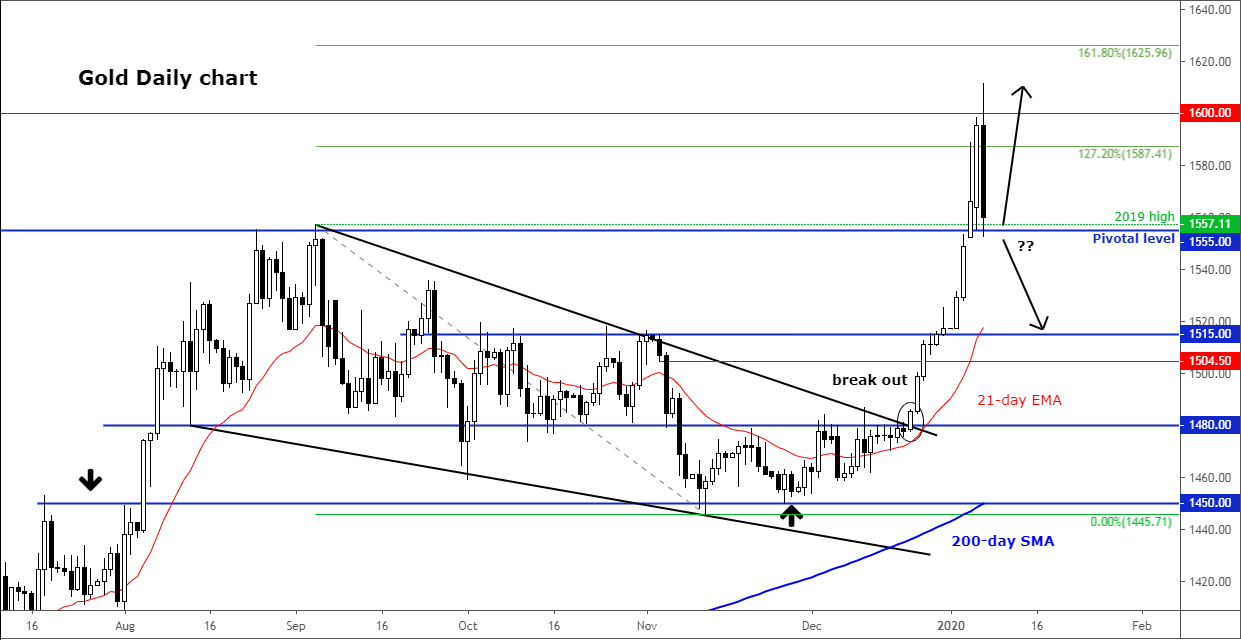