Spot gold plunged sharply on Tuesday, by more than 3% at its worst, as the US dollar surged and more signals emerged that a Fed rate hike this year may be increasingly likely. Monday’s US manufacturing PMI data came out significantly better than expected, further helping to support an impending Fed rate hike, which would place significant pressure on non-interest-bearing gold. Other critical data releases this week will include the non-manufacturing PMI data that is due out on Wednesday, as well as the heavily-anticipated September jobs report on Friday.

Spot gold plunged sharply on Tuesday, by more than 3% at its worst, as the US dollar surged and more signals emerged that a Fed rate hike this year may be increasingly likely. Monday’s US manufacturing PMI data came out significantly better than expected, further helping to support an impending Fed rate hike, which would place significant pressure on non-interest-bearing gold. Other critical data releases this week will include the non-manufacturing PMI data that is due out on Wednesday, as well as the heavily-anticipated September jobs report on Friday. 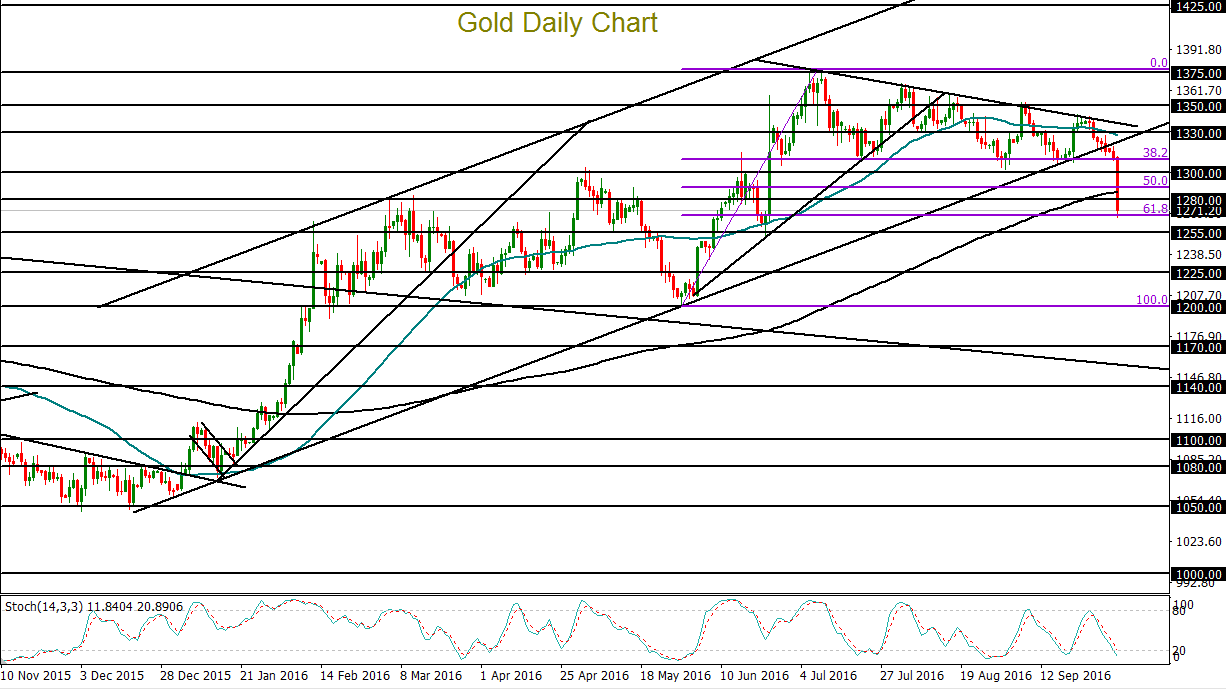