If this ‘lower-for-longer’ global trend continues with respect to interest rates, as appears likely, one of the primary assets that would clearly be in the position to benefit the most is non-interest-bearing, dollar-denominated gold. In a prolonged low-interest-rate global environment, particularly if the US dollar is also pressured as a result, the appeal of gold generally rises.

Such a rise has been manifested for the past several months with the price of gold making a steady recovery from the $1050-area multi-year lows of late last year. This recovery has formed a rough parallel uptrend channel on the charts, which has framed the precious metal’s general bullishness within the past nine months.

In the past two months, the price of gold has been trading in a moderate pullback from its $1375-area highs of early July. This pullback has formed a gently descending trend line, which was re-tested earlier this week on a gold surge up to the $1350 resistance level that was driven by weak US economic data.

In the two-week run-up to the Fed’s next policy meeting, additional US economic data releases will further inform the market’s view of rate hike probabilities. At the current time, the greater likelihood is that there will be no September rate hike. If this continues to be the case, gold could potentially break out above the noted downtrend line and $1350 resistance level. In this event, the next major upside targets are at the mentioned $1375 high, followed by the key $1425 resistance objective. 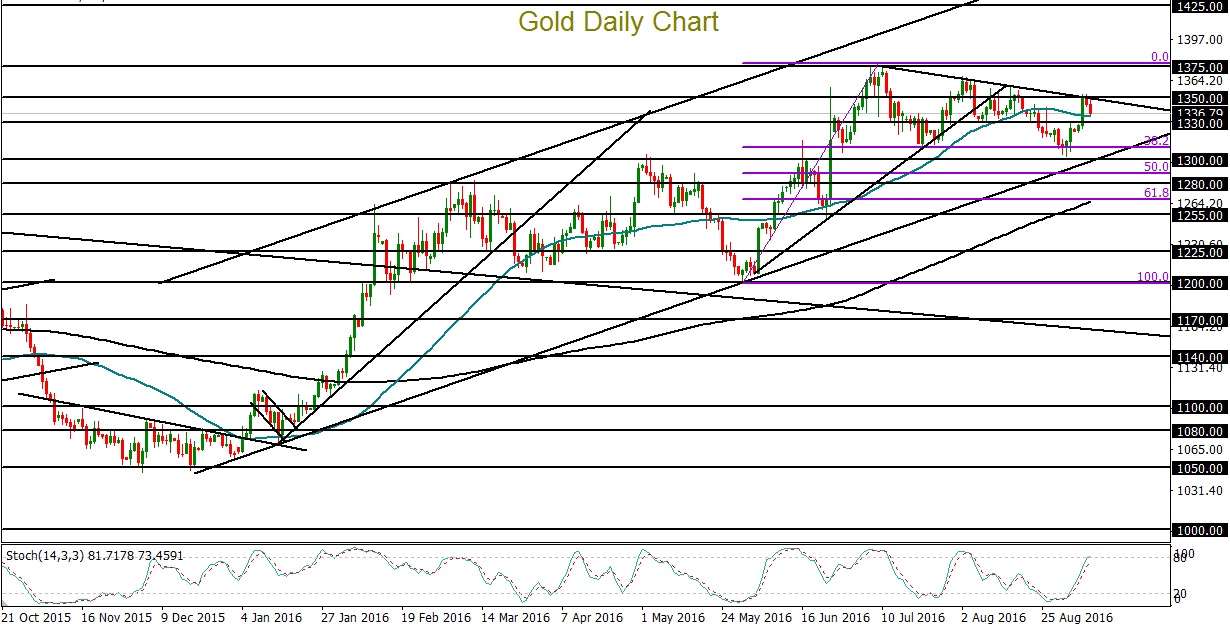