The precious metal has weakened in part because of fresh comments from Fed’s Powell and Bullard, which were a lot less dovish than expected, enabling the dollar to find some much-needed support and undermining buck-denominated precious metals. 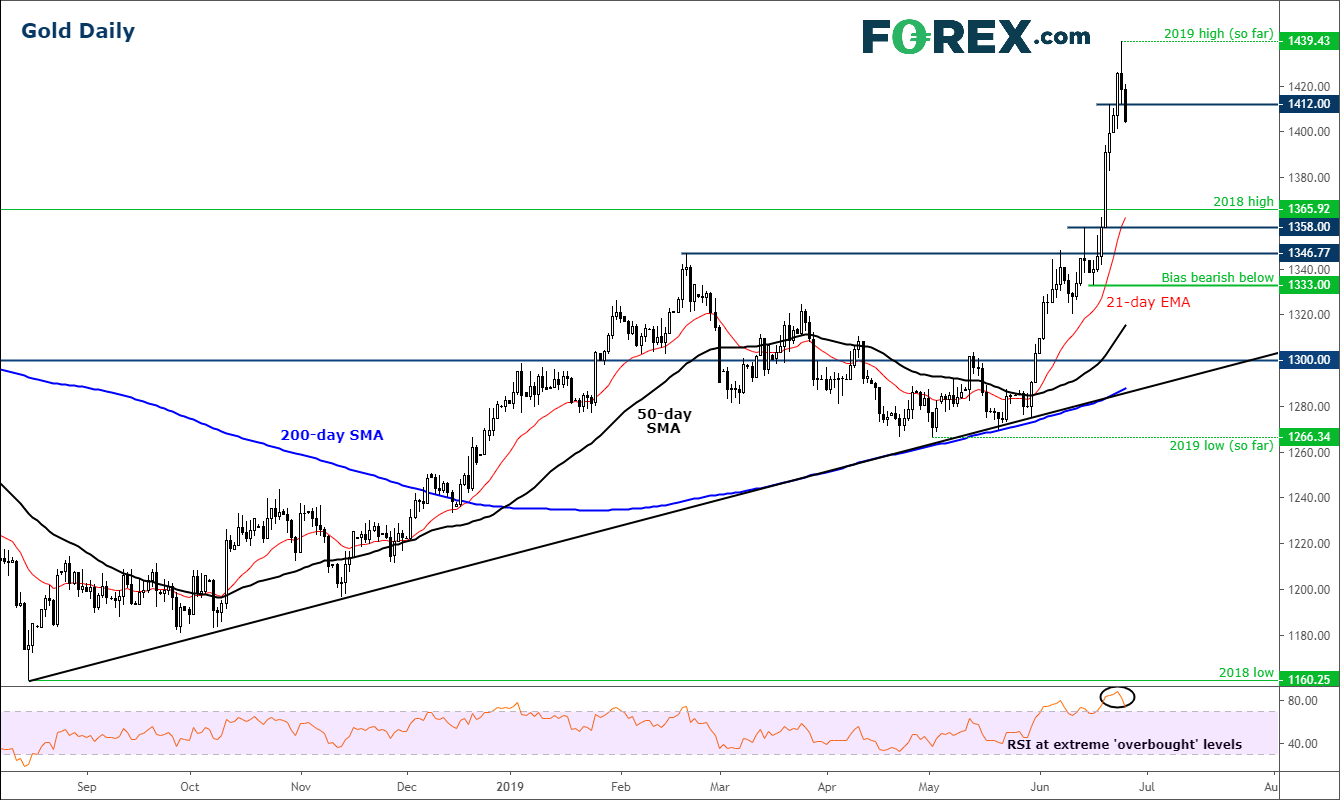