While the dollar has indeed lost momentum in the past few weeks, however, it still remains well-supported on anticipation of a potentially accelerated pace of Fed rate hikes this year. This anticipation comes as a result of consistently solid US employment data and an expected rise in inflation due in part to the pro-growth policy promises of the incoming Trump Administration.

If the Fed continues to tout its relatively hawkish stance, especially when viewed in contrast with the dovishness of other major central banks, the dollar should continue to be boosted against other major currencies – most notably the euro and yen. In view of this likelihood for continued dollar strength, the outlook for the current gold rebound does not appear particularly bright.

From a price perspective, this rebound has pushed gold from the noted $1125-area December bottom up towards a major psychological price level at $1200. On any further rebound for gold, the $1200 level should serve as key resistance in light of continuing upside pressures on the dollar. In the event of a downturn at or near $1200 resistance, the $1100-1125 support area should continue to serve as the key near-term downside target. 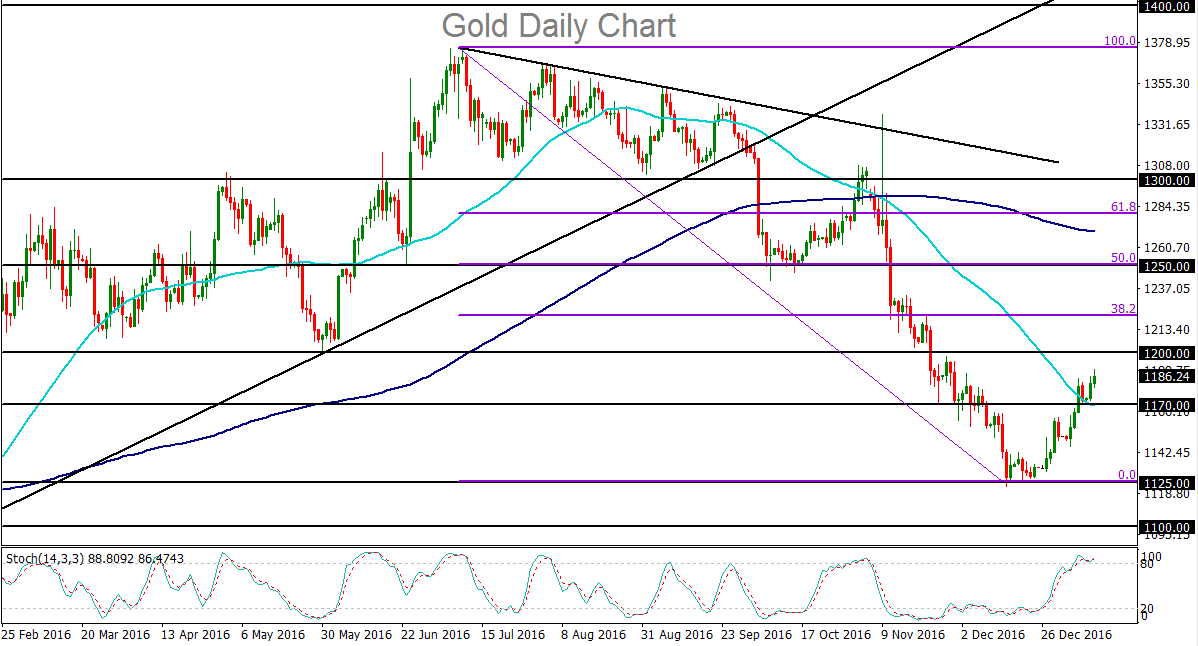