Risk remains out of favour following yesterday’s big drop in global stock markets. In FX markets, the US dollar has fallen further thanks to slightly lower US bond yields after President Donald Trump shockingly announced that the Federal Reserve was making a "mistake" and described the path of rate hikes as being "crazy." 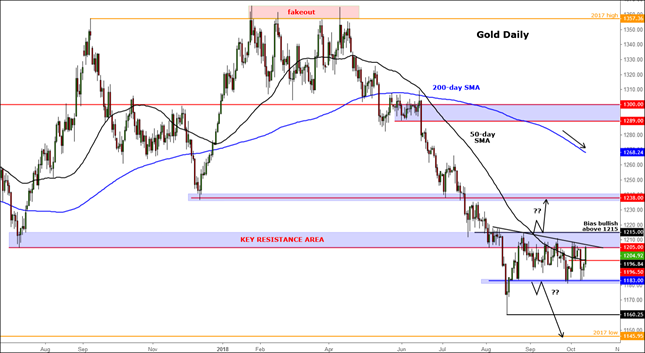