<p>Gold is on track to chalk up solid gains for a second week running. Although the dollar has bounced back in the last couple of days of this week, it had fallen sharply the week prior as contrary to the FOMC’s last meeting minutes, the Fed made it clear that a rate hike on Wednesday of next week was highly unlikely as it expressed concerns about the May US jobs report and the potential implications of Britain leaving the EU (Brexit). The probability of a July rate rise has also fallen quite sharply.</p> 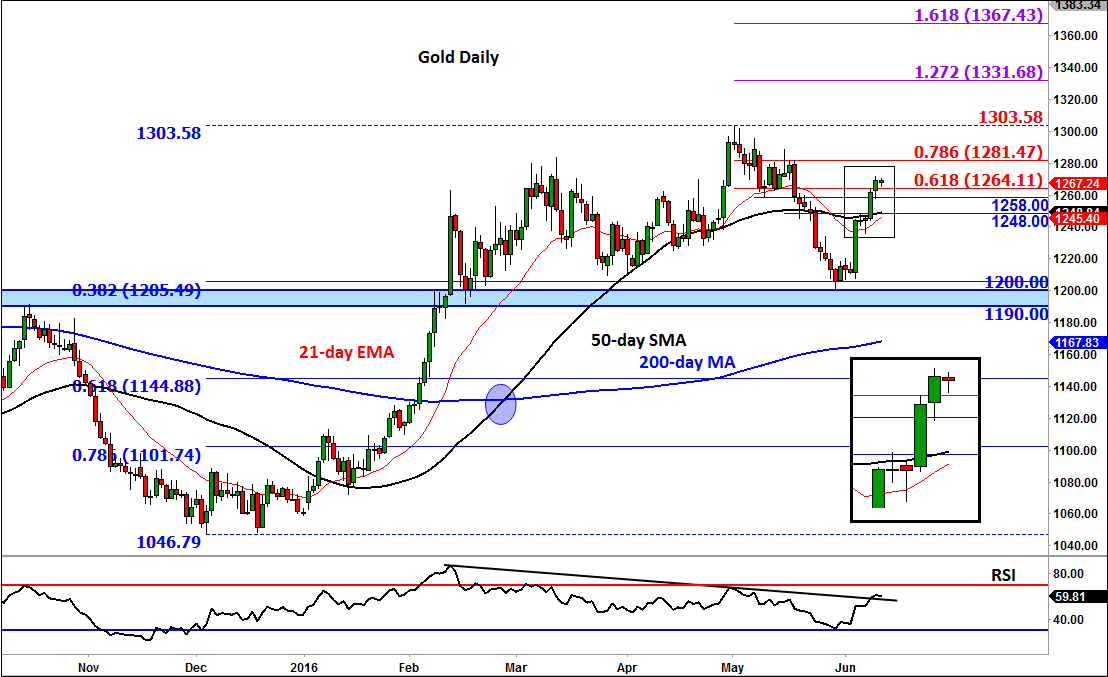