As we approach the end of another exciting week in the markets, gold is finding itself at levels not seen since mid-June. At a good $1268 per troy ounce, the yellow metal is now up for the third straight week, having managed to recoup about three quarters of the losses it had suffered when it fell from $1295 at the start of last month. 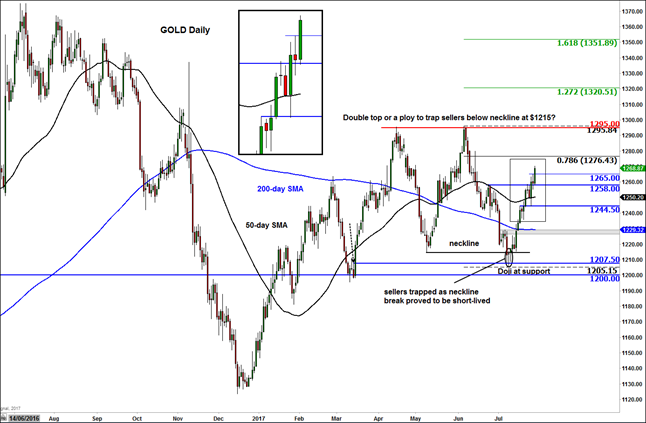