<p>Wednesday was another “risk-on” day for the global financial markets, extending Tuesday’s bullish reversal as Brexit worries continued to abate. US and UK stocks surged sharply as crude oil spiked up on a much larger-than-expected draw in US crude oil inventories (-4.1-million-barrel draw vs. -2.3 million expected) as reported by the US Energy Information Administration. Meanwhile, sterling and euro extended their respective rebounds from Tuesday, only days after both currencies plummeted when Brexit voters emerged narrowly victorious from last week’s EU referendum.</p> 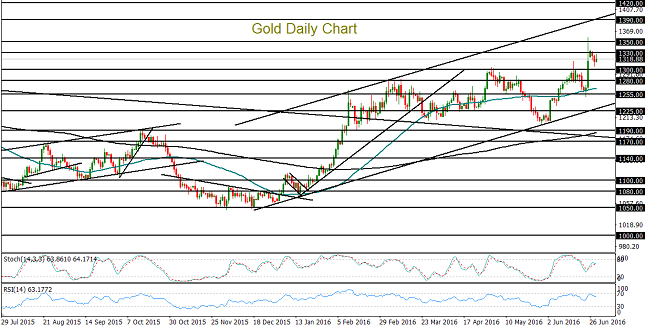