Gold has been undermined by rising government bond yields owing to major central banks generally turning more hawkish while the still-buoyant equity markets means there has been reduced demand for the perceived safe haven asset. 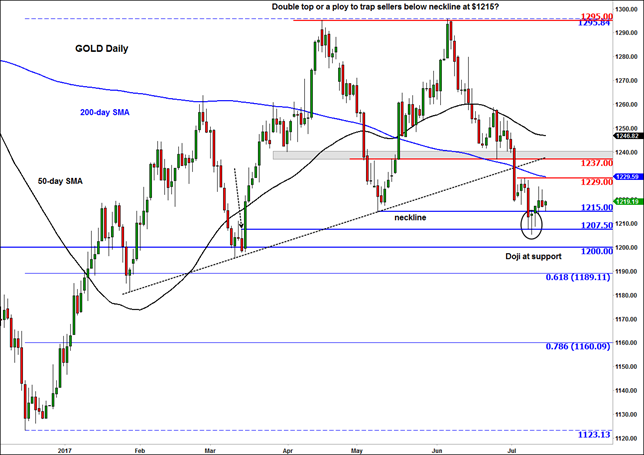