The rallying equity markets and firm US dollar is proving to be a toxic mix for the buck-denominated and perceived safe-haven gold. After eking out a small gain for the month of July, the metal started August on the front foot last week before turning decisively lower on Friday in response to the US jobs report, which came out much stronger than expected. The precious metal has started the new week a touch weaker today, but unfortunately things could turn ugly for gold in the days and weeks to come. 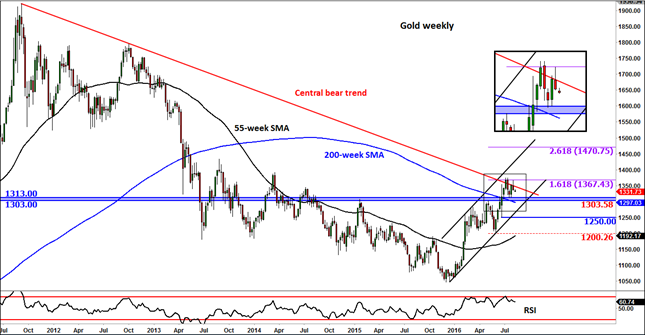