Gold’s Big Breakdown Hints at a Major Top, Could Expose 1200 in Time

As the chart below shows, the first quarter’s price action formed a large “rounded top” (or a modified head-and-shoulders pattern). This pattern was preceded by a triple bearish divergence in both the RSI and MACD indicators, a clear sign that bullish momentum was waning through January and early February; now both indicators are in bearish territory.

With today’s 1%+ drop, the yellow metal is breaking to new year-to-date lows below the “neckline” of that pattern near $1275. A confirmed breakdown would project a “measured move” objective just above the $1200 level, with additional support near the October lows at 1181: 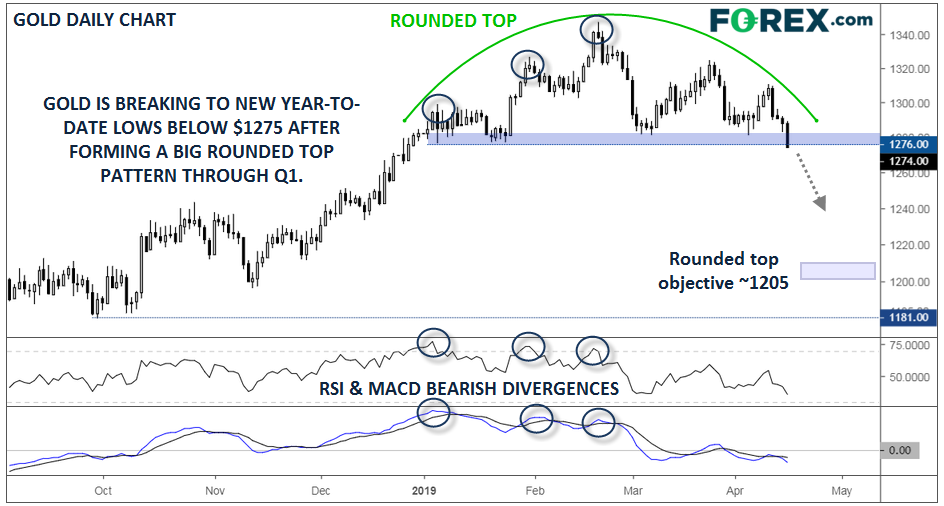 From a fundamental perspective, the global shift toward easier monetary policy should act to support gold, though to the extent it’s driven by fears of an economic slowdown, it may be partially offset by decreasing demand for gold jewelry. As always, real interest rates continue to have an inverse relationship with gold, so continued signs of a slowdown in global inflationary pressures would help confirm the bearish technical picture.