Gold’s Broad-Based Breakout Suggests Its Corrective Low Is In 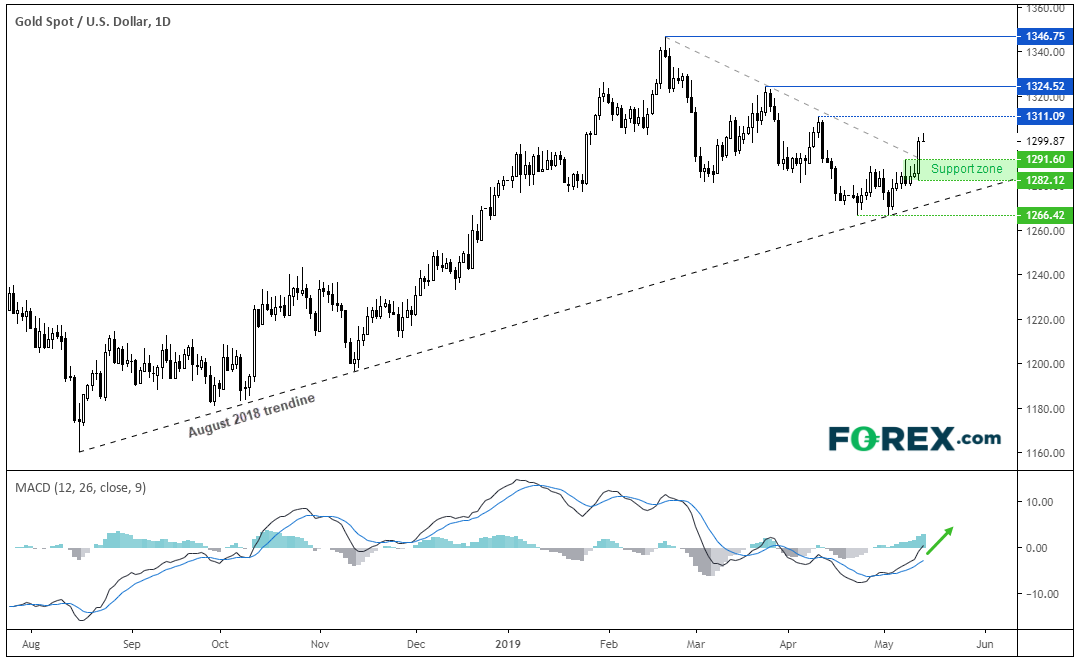 Just over a month ago we thought the base was in around $1280, yet the correction opted for another cycle low before finding support around $1266. Ultimately it was the August 2018 trendline which provided gold’s springboard, which has now seen a clear break of a retracement line with bullish range expansion. With the MACD pointing higher and just crossing the zero line, it suggests momentum is realigning itself with the dominant trend. Of course, we still need to allow for the daily volatility, and prices have found resistance at $1300 so we could see a pullback from current levels. But looking at the structure, we suspect the corrective low has been seen around $1266. From here, we’d prefer to seek bullish setups around support zones and anticipate for it to break back above $1300 and head for the 2019 highs. 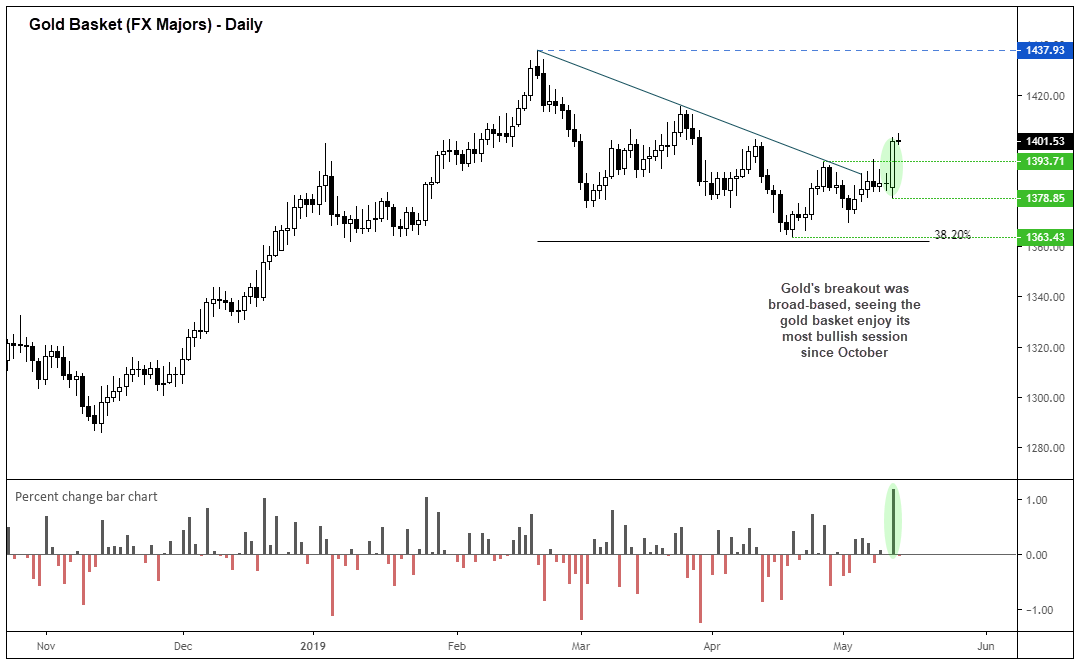 It’s also constructive to see that gold’s breakout was broad-based and not just limited to the USD. We’ve created a gold basket by taking a simple average of gold versus FX majors. From this we note that the retracement from the 2019 highs was relatively shallow (which is a sign of strength) and yesterday’s breakout was the most bullish day for the gold basket since October.

And as noted in Monday’s COT report, gold was the only metal to see an increase of net-long exposure last week, among the metals we track. Given the rising trade tensions since last Tuesday and of course yesterday’s breakout, we expect bullish exposure to have picked up by the next report.