Has EUR/USD reached a turning point?

EUR/USD spent much of last year in a sharp incline as optimism over European economies boosted the euro while the US dollar struggled mightily but lost substantial ground against its major counterparts.

EUR/USD spent much of last year in a sharp incline as optimism over European economies boosted the euro while the US dollar struggled mightily but lost substantial ground against its major counterparts. The beginning of the New Year initially saw a continuation of this strong EUR/USD bullish trend. Late last week, however, the currency pair reached major resistance just short of the 1.2100 level, re-testing September’s multi-year highs to form a potential double-topping pattern, and then turned back to the downside this week as the oversold US dollar regained some lost ground.

While a strong eurozone economy has increased expectations that the European Central Bank may be on track to tighten monetary policy and end its asset purchase program later this year, a continuing lag in inflation has somewhat dampened expectations.  Friday’s Consumer Price Index flash estimate for the eurozone showed an inflation slowdown that raised some doubts about the ECB’s policy trajectory. The next ECB meeting and policy decision are not scheduled until late January (the 25th), less than a week before the first Federal Reserve policy meeting of the year on January 31st.

Meanwhile, the beleaguered US dollar has been pressured relentlessly for the past several weeks, but this week has seen at least a temporary bottoming as the sell-off has overextended itself for the time being. This combination of emerging doubts surrounding the ECB and euro, coupled with a tentative rebound for the dollar, has resulted in the noted turn-down from resistance for EUR/USD. Of course, it remains too early to tell if this downturn is enough to signal a potentially impending reversal for the currency pair. But any sustained breakdown below the 1.1900 support area could presage a deeper pullback from long-term highs, with the next key downside target around the 1.1700 support area. 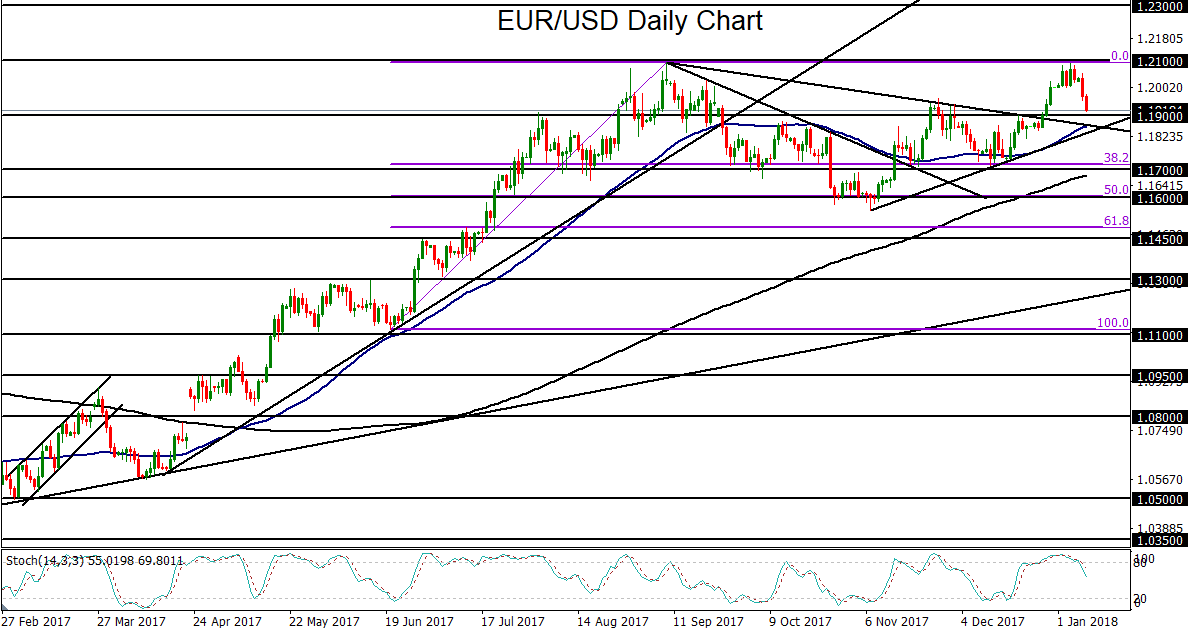