How much higher can silver go? XAG/USD

Lots of chatter over the weekend that the Silver ETF (SLV) could be the next $GME.  If traders could indeed buy the ETF and squeeze out shorts,  that in turn would drag the cash market and the futures market higher with it.  Physical bars of silver were in strong demand over the weekend, and there were reports of some suppliers running out.  We discussed the possibility of a silver short squeeze last week, and on Sunday evening at the 6:00pm Globex open, it was off to the races.  But traders need to determine some target levels for XAG/USD, ask themselves…”At these levels, what is my risk if prices move higher. What is my risk if prices move lower?” 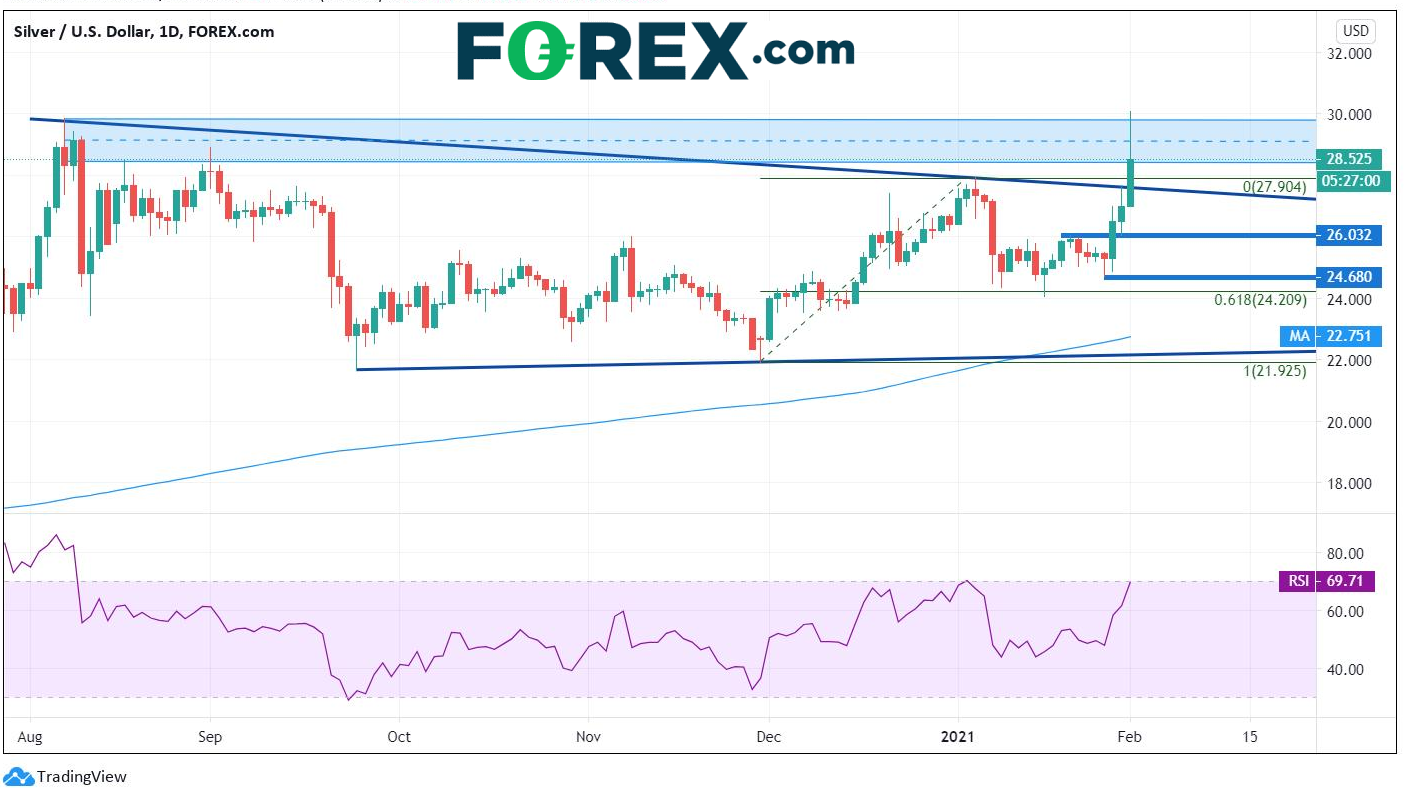 Today’s highs are just under the 161.8% Fibonacci extension of the highs from January 6th to the lows of January 17th, near 30.316.  In addition, the RSI was overbought near those highs, but has pulled back into the neutral area.  The January 6th highs at 27.336 act as the first level of support.  27.666 was Fridays high, which acts is the gap fill support, however the “technical” gap fill (from Friday’s close) isn’t until 26.991. 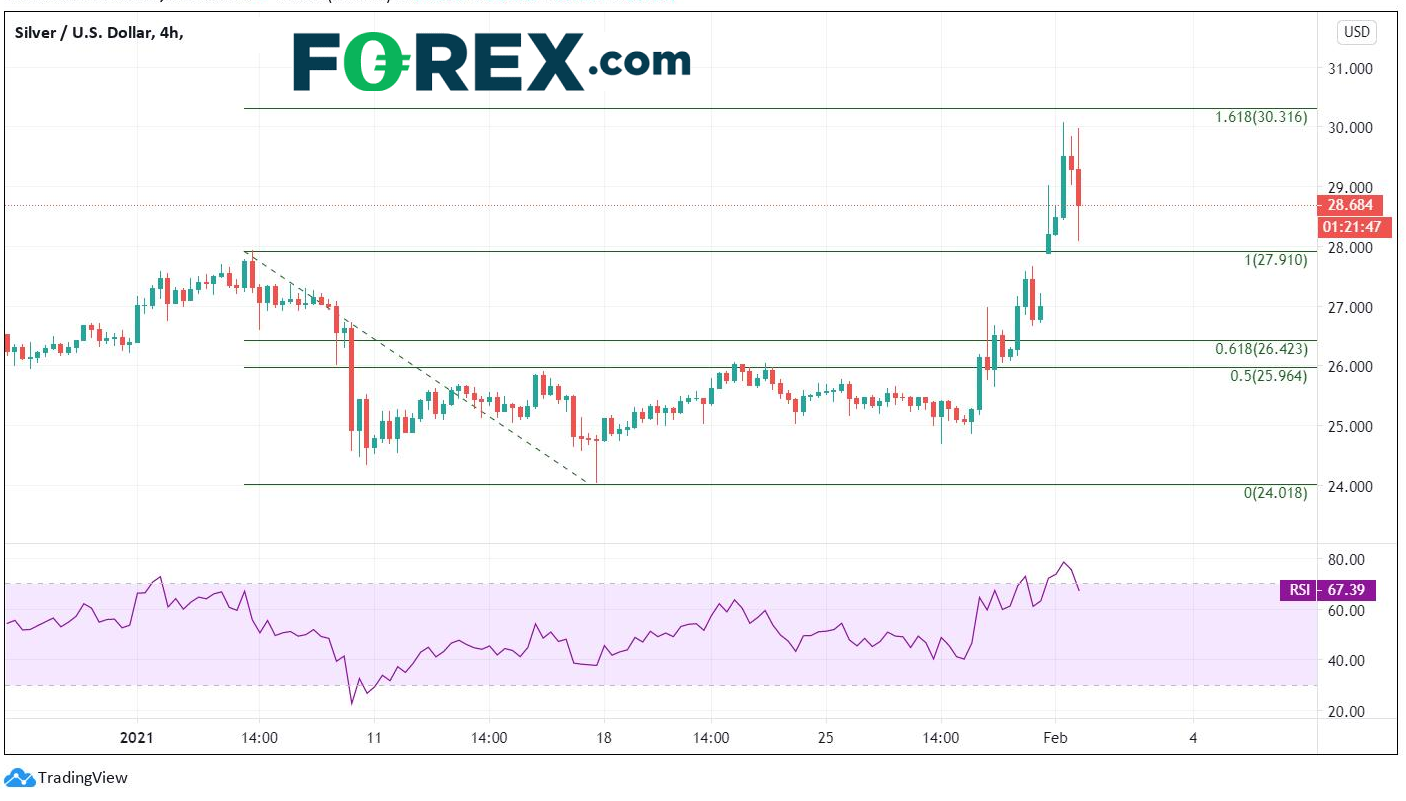 However, on a weekly timeframe, the chart shows that whether or not there was a short squeeze is irrelevant.  Price is breaking out from a flag/pennant formation and appears to be heading higher. The target for the breakout of a flag patten is the length of the flagpole added to the breakout point of the flag (to be conservative, move the flagpole to the bottom trendline of the flag for a target).  The target in this case is near 34.40. 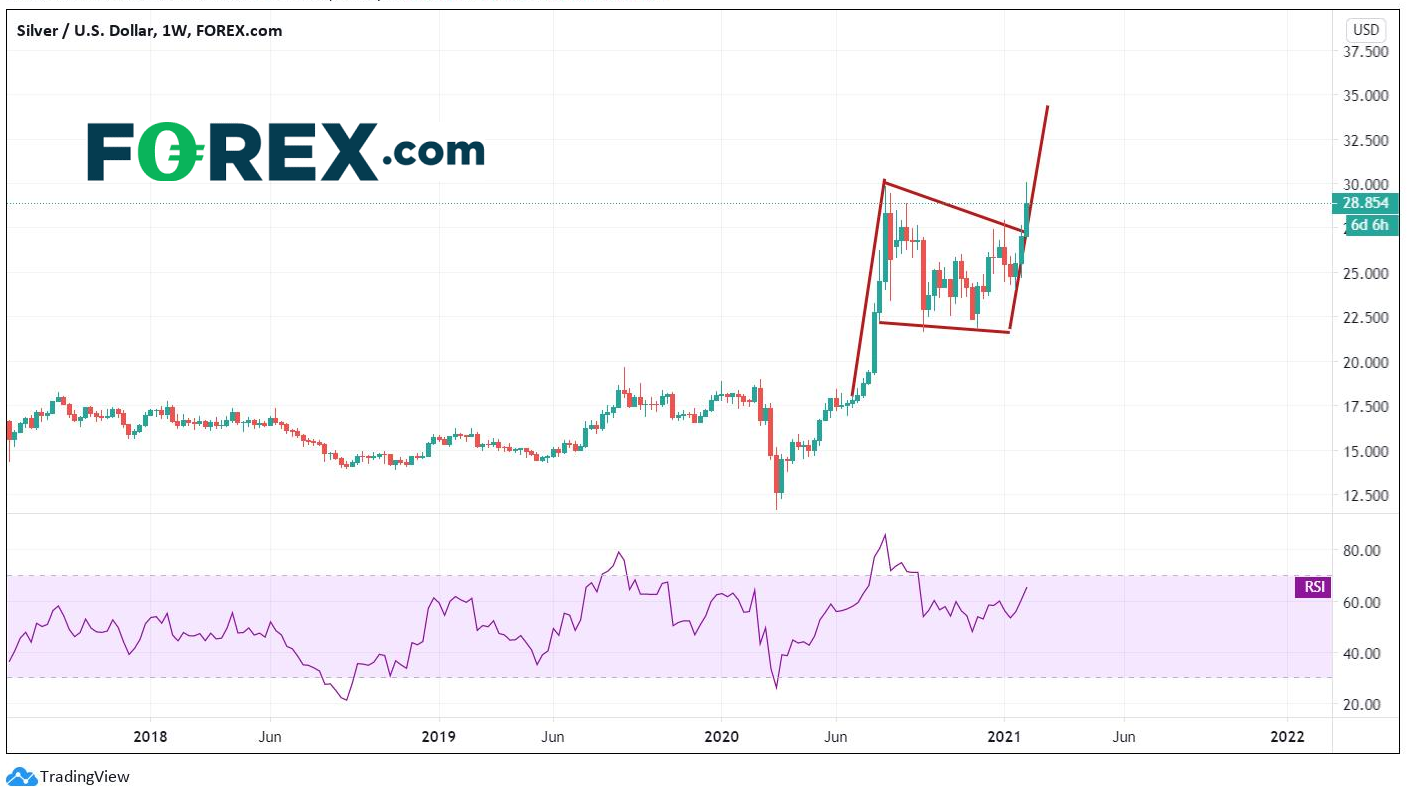 Although the short squeeze appeared to be in full affect overnight and into the US open, price has since pulled back.   However, now that it has broken out of the flag pattern, bulls will be looking for levels to enter on pullbacks to target 34.40.  Sellers will be watching the overnight near 30.316 to push price lower.