Hong Kong's market remains under pressure due to the rising tension between the U.S. and China. China announced plans to impose a "new" national-security law on Hong Kong, which is widely expected to erode the city's autonomy. U.S. President Donald Trump said his country would react strongly if China follows through on those plans.

From a technical point of view, the stock validated a bearish breakout of the declining triangle, suggesting the resumption of recent down trend. The 20-day moving average remains on a negative slope and acts as resistance also. In fact, the stock records a new 52-week low, indicating that the down trend would be at a strong position. 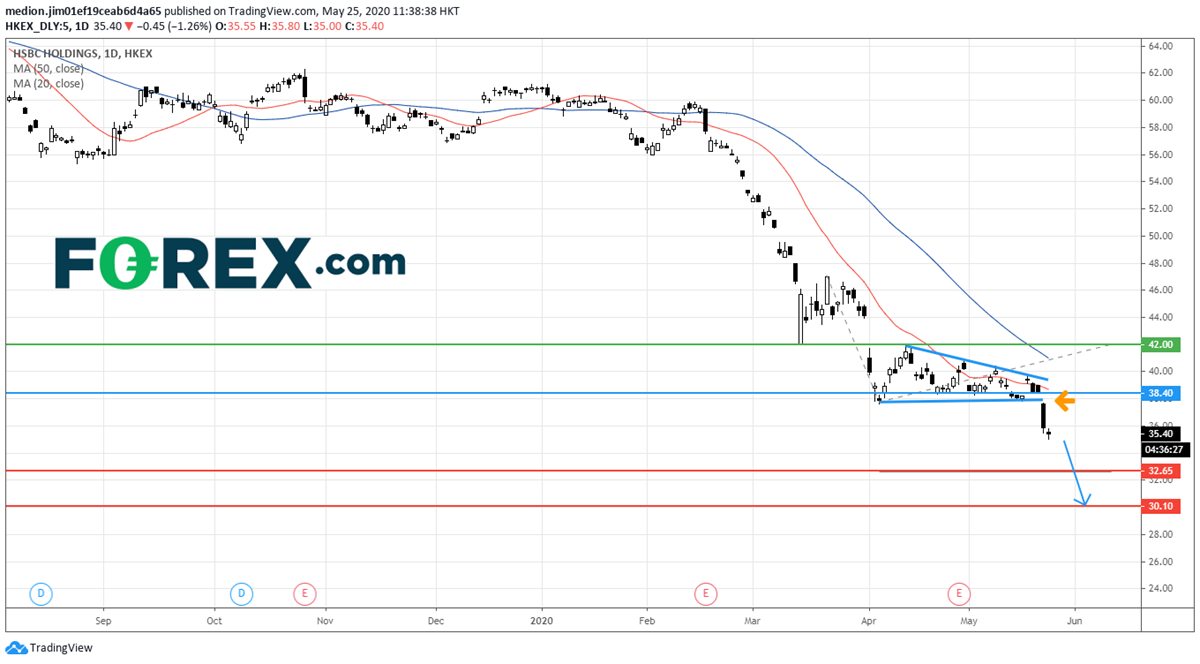