From a technical point of view, the stock posted a rebound from $4.81 after touching the lower line of the declining channel and the low of August 2019) on the daily chart. After that, the prices have escaped from the declining channel drawn from January top. It indicates that the outlook of the stock would turn to positive. A break above $5.31 (38.2% retracement between January top and March low) should enhance the bullish bias. 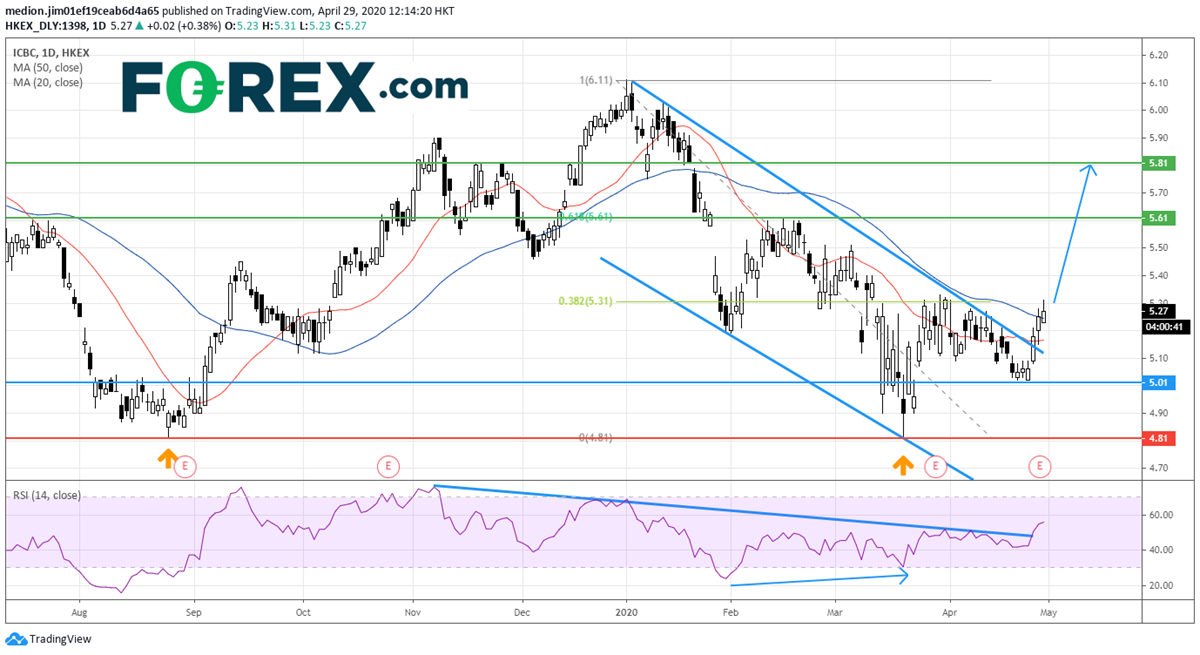